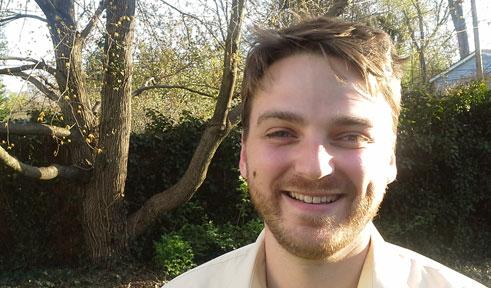 “When Getting Laughs Got You a Grammy.” Splitsider.com. Winter 2011.

“The Past as Prologue and Play-time: A Review of Robin Hemley’s Do-Over!” Bellingham Review. Spring 2010.

“‘This, alone, will save us--this communication’: An Interview with David Shields.” Quarter After Eight. Spring 2010.

“‘Where Else Could I Go?’: Susan Stewart’s Search for the Intangible.” Spring Literary Festival Tabloid. Spring 2006.

“Framing Gertrude: Photographic Narration and the Subjectivity of the Artist-Observer in Levy’s The Romance of a Shop.” Victorian Literature and Culture. Forthcoming.

“‘So They Fidgeted’: The Modernist Twitch of Between the Acts.” Woolf Studies Annual. 2011.

“The Aesthetics of Friendship and the Nonfiction of Woolf and Wallace.” Defining the New. Ohio University. (October 2010).

“A Modernist Squirming.” Louisville Conference on Literature and Culture since 1900. University of Louisville. (February 2010).

“The Ironic Byronic in Fowles’s The French Lieutenant’s Woman.” AEGIS: The Power of Form and Forms of Power. Southern Illinois University. (April 2008).

“Framing Gertrude: Photographic Narration and the Complex Subjectivity of the Artist Observer in The Romance of a Shop.” British Women Writers Conference. Indiana University. (March 2008).

Nominated by the English Department for Ohio University Named Fellowships, 2009-2010.