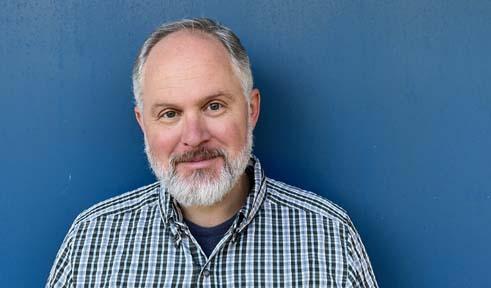 Kevin Uhalde is Associate Professor of History, Honors Tutorial College Director of Studies, History Pre-Law Advisor, and Director of the Center for Law, Justice & Culture. He has also served as Director of Undergraduate Studies in the Department of History, two terms on the Faculty Senate, and as President of Ohio University’s chapter of the American Association of University Professors (AAUP).

Kevin Uhalde has published or delivered scholarly papers on topics in the history of early Christianity, the later Roman Empire, and early medieval Europe. His first book, Expectations of Justice in the Age of Augustine (University of Pennsylvania Press, 2007) reflects his ongoing interest in how intellectuals, including religious leaders, cope with human failure. Among other awards, he has received the Rome Prize from the American Academy in Rome and two fellowships from the American Council of Learned Societies. His most recent publications include "Tertullian, the First Penitents, and the Process of Repentance in Late Antiquity," in La Vie d’Adam et Éve et les traditions adamiques (Lausanne, 2017), "Repent and Pardon: Justice and the Role of Penance in a Decree of Theodosius I (CTh 16.7.4)," in L’amour de la justice, de la Septante à Thomas d’Aquin (Bordeaux, 2017), and “The Life of Penance,” in The Oxford Handbook of the Merovingian World (Oxford 2020). His current work is on the history of penance and repentance in Late Antiquity.

Kevin Uhalde teaches undergraduate and graduate courses on Europe and the Mediterranean region during Late Antiquity and the Early Middle Ages. He directs theses and conducts honors tutorials and independent studies in the same fields and has received the Distinguished Mentor Award from the Honors Tutorial College. His regular courses include: