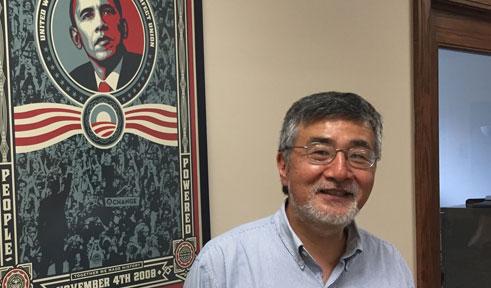 Dr. Suzuki's book, Japan's Budget Politics: Balancing International and Domestic Interests, is published by Lynn Rienner Publishers as part of Columbia University's East Asian Institute Series. The book examines the interplay of the international and domestic forces that have shaped Japanese macroeconomic policy. Some of his other recent publications include: “After Neoliberalism?: The Curious Non-Death of Neoliberalism in Japan” (2015), “The Neo-Liberal Hybridization of Japan’s Developmental State” (2014), "Globalization, Economic Nationalism and Japan (2012)," "Administrative Reform and the Politics of Budgetary Retrenchment in Japan" (2008); "Nationalism Identity and Security in Post Cold War Japan" (2008); "The East Asian Developmental Model in the Era of Global Finance: The Case of Japan" (2007); Modernity and the Transformation of the Japanese State" (2007). He is currently working on a project focusing on institutional change and the political economy of inequality in Japan, as well as on a co-authored project (with James Mosher) on Macroeconomic Policy Divergence between Germany and Japan.