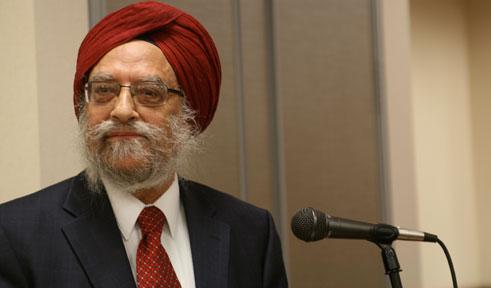 Amrit Singh’s research and teaching interests include African American Studies, Modernism (esp. the Harlem Renaissance), 20th Century American and Postcolonial Fiction, Richard Wright, South Asian cultures and literatures, and Migration Studies. Currently he is working on a documentary history of South Asians in North America. He is committed to exploring inter-ethnic paradigms, especially in relation to the parallels between the patterns of internal migrations within the Americas and immigration to the U.S and Canada from Europe and Asia. He is a series editor of MELA (Multi-Ethnic Literatures of the Americas) from Rutgers University Press.

(Author, Afterword) The Color Curtain: A Report on the Bandung Conference. Jackson: University Press of Mississippi, 1995.

“Wallace Thurman and The Interne,” in African American Literature Beyond