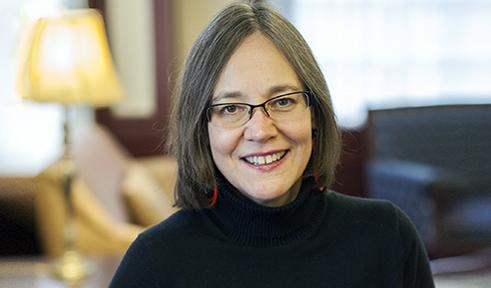 Miriam Shadis earned a Ph.D. in History, and a Graduate Certificate in Women's Studies from Duke University. She earned a B.A. from Simon's Rock of Bard College (in Great Barrington, MA), majoring in Intercultural Studies with a minor in Arts and Aesthetics.

She has taught at Duke University, the University of North Carolina at Chapel Hill, North Carolina State University and Villanova University. At Ohio University, she served as a Junior Faculty Fellow of the Charles Ping Institute for the Humanities (2006-2009). She is an associated scholar with the Mediterranean Seminar at the University of California, Santa Cruz, participating in the NEH 2006 Summer Institute: The Medieval Mediterranean and the Emergence of the West, in Barcelona, Spain. In the Fall of 2016, she was a Fulbright Fellow in Lisbon, Portugal, working at the National Library and National Archive.

Dr. Shadis is involved with Ohio University Education Abroad, having participated in 2010 in a CIEE Faculty Development Seminar on Women in the Middle East; she is a past director of the OHIO study abroad program in Leipzig. She serves as the Director of Studies for the History Program in the Honors Tutorial College, and she is on the Advisory Board as well as teaches for the Margaret Boyd Scholars Program.

Dr. Shadis’ research focuses on royal women in the central and high Middle Ages. She is the author of Berenguela of Castile (1180-1246) and Her Family: Political Women in the High Middle Ages (Palgrave MacMillan, 2009) as well as essays on medieval queens of France and Iberia. She is a past editor of The Medieval Feminist Forum. Her current research focuses on royal women in Portugal, for a book tentatively titled The Queens of Early Portugal (1100-1250): Mothers, Sisters, and Saints. Her other research focuses on women at the courts of Castile, León, and Portugal, as well as Marian imagery in medieval Iberian charters.

Dr. Shadis is married to Joseph McLaughlin, a professor of English, and has two children, Henry and Emma.