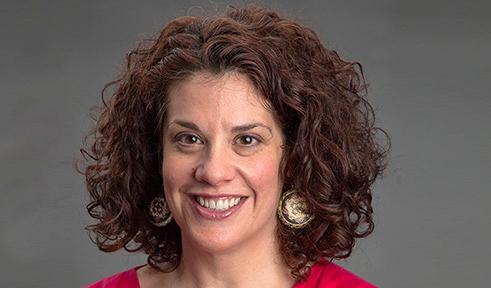 Ohio University Executive Vice President and Provost Dr. Elizabeth Sayrs has named Dr. Sarah Poggione interim dean of the College of Arts and Sciences. Poggione, who had been serving as vice provost for undergraduate education at OHIO, has significant academic leadership experience, previously serving as an associate dean in the College of Arts and Sciences.

A faculty member in political science since 2009, Poggione served as department chair for two years. As associate dean for students, instruction, and curriculum in the College of Arts and Sciences, she oversaw the student services office, chaired the college curriculum committee, coordinated assessment activities, and engaged in strategic planning for the college. She also led the college’s implementation of the new General Education curriculum and Guarantee Plus Graduation Plan. Before coming to OHIO, she was a faculty member in the Department of Politics and International Relations at Florida International University and Franklin Fellow in the Political Science Department at the University of Georgia.

Sarah Poggione is a Professor of Political Science. Her work on state politics and policy, legislative organization, and women in elective office has appeared in American Review of Politics, Legislative Studies Quarterly, Political Research Quarterly, and State Politics and Policy Quarterly as well as edited volumes on southern politics, women and politics, and public policy. Professor Poggione's current research investigates the effects of state legislative institutions on state legislators' representational behavior and state policy. She finds that gender differences in state legislators’ activities are influenced by the kind of institution in which they serve, and that differences in the structure or organization of state legislatures produce differences in state policy adoption and implementation.