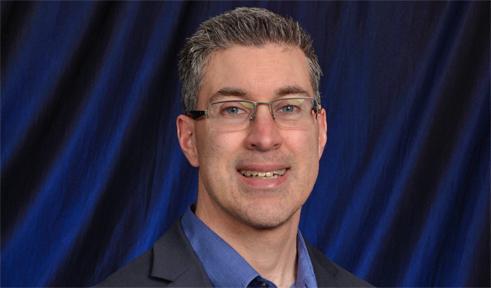 Paul C. Milazzo is Associate Professor in the Department of History, which he joined in 2001. He specializes in 20th-century U.S. history. His areas of concentration include politics, political institutions, and federal policy, particularly after 1945. His research has focused on environmental policy making in the U.S. Congress. He has appeared on numerous television and radio broadcasts, including C-SPAN, Bloomberg Radio, and PBS.

He was a fellow at the Miller Center of Public Affairs at the University of Virginia in 2000-01 and an Intercollegiate Studies Institute/Lehrman American Studies Center Summer Institute Fellow in 2008.

He has supervised M.A. and Ph.D. research projects on Jewish-African American relations following the Six Day War, the development of federal racketeering law, Supreme Court interpretations of eminent domain and property rights, and the environmental impact of railroad deregulation, among other topics. Prospective graduate students are encouraged to contact him about their own research interests.

Professor Milazzo lives in Vincent, OH with his wife, Laura, and two boys, Sam and Leo.

“Scholar’s Reaction in favor to the resolution ‘There’s too much government in my life (opens in a new window),’” Miller Center of Public Affairs/ABC This Week, “The Great American Debate,” (George Will & Paul Ryan vs. Barney Frank & Robert Reich), 18 December 2011.

"The Environment," The American Congress: The Building of Democracy, edited by in Julian Zelizer (Houghton-Mifflin, 2004).