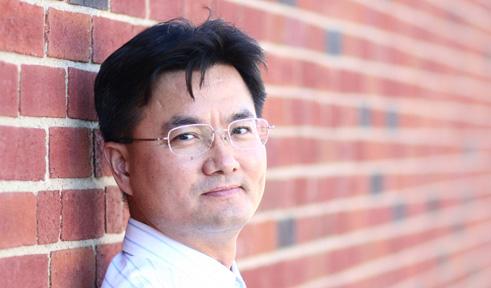 The main focus of my research is to understand molecular and cellular mechanisms underlying the information flow between neurons through synapses in the central nervous system. My projects have been primarily involved in two research topics. The first is to study how neurons communicate and thus provide a basis for complex behaviors such as cognition and motor function. In this project, my primary focus has been to elucidate the functional roles of genes and signaling pathways underlying dopamine and serotonin synaptic communication. The second is to investigate the pathophysiological mechanisms of human diseases. Since the synapse is a functional building block of the brain, defects in, or loss of, certain synaptic signaling consequently underlies neural diseases such as Parkinson’s disease.

Drosophila has been the primary model organism used in my research aiming to understand mechanisms underlying brain function and neural diseases. The fruit fly shows a high degree of similarity to mammals in terms of structure and function of the nervous system, but it has a much simpler nervous system. Therefore, the fruit fly nervous system is an excellent model for a reductionist approach to the study of neuronal communication. This system is also amenable to powerful genetic approaches and thus provides a unique opportunity to identify genes involved in fundamental features of brain cell function including neuronal excitability, synaptic transmission, and neuromodulation. In addition, the fruit fly has been frequently used to study the mechanisms underlying neurodegenerative diseases such as Parkinson’s disease. However, there are obvious limitations (e.g., differences in brain anatomy, invertebrate, genetic differences) to the Drosophila models of Parkinson’s disease we have successfully established. Therefore, we are currently developing mammalian models including rat primary neuronal cultures and human DA cell lines (e.g., ReNCell). These additional tools will allow us to test any new findings from Drosophila models in a mammalian/human DA system. I believe this combined approach will function synergistically to expedite the progress of my Parkinson’s disease research.

The following are examples of current active research projects in my lab: (1) Characterization of molecular and cellular mechanisms of biogenic amine (BA) receptor signaling in the Drosophila nervous system, (2) Role of neural circuits in behavior, (3) Dopamine signaling in neurodegeneration and neuroprotection, and (4) L-DOPA-induced dyskinesia (LID) model.

L. Wiemerslage*, B.J. Schultz**, A. Ganguly* and D. Lee. 2013. Selective degeneration of dopaminergic neurons by MPP+ and its rescue by D2 autoreceptors in Drosophila primary culture. Journal of Neurochemistry 126 (4): 529-540.