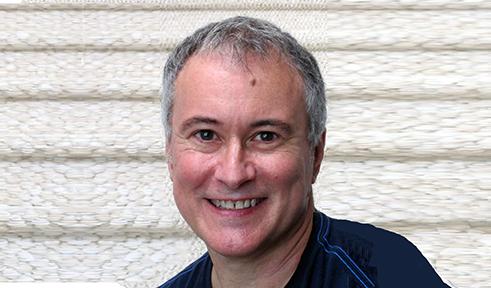 G. Daniel Lassiter is professor of psychology at Ohio University and a fellow of the Association for Psychological Science, the American Psychological Association, the Society of Experimental Social Psychology, the Society for Personality and Social Psychology, the American Psychology-Law Society, and the Society for the Psychological Study of Social Issues. He earned a Ph.D. in 1984 from the University of Virginia and held positions at Northwestern University and the University of Florida before assuming his current position in 1987. For more than 30 years, he has conducted research on perceptual mechanisms in social judgment and decision making. His systematic investigations of the way observers perceptually organize continuous streams of behavior into discrete, discriminable, describable actions has provided fundamental insights regarding the nature and comprehension of social action and interaction.

A related, but more applied, program of scholarship aimed at examining the effect of presentation format on how mock jurors evaluate confession evidence has influenced national policy in New Zealand as well as legislation in North Carolina regarding the video recording of police interrogations. Both lines of Dr. Lassiter’s research have been supported by funds from the National Science Foundation and together have resulted in more than 75 scientific publications. In 2009, Dr. Lassiter received a Certificate of Appreciation from the Royal Police Cadet Academy in Thailand “in recognition of dedication, excellence, and remarkable efforts, exemplary commitment and for bringing value and knowledge to the field of Police Psychology.” In 2010, Dr. Lassiter was the recipient of the American Psychological Association's Award for Distinguished Contributions to Research in Public Policy. The award citation reads in part that Dr Lassiter's "scholarship on bias and accuracy in evaluations of videotaped confessions serves as an elegant and inspirational model for bridging the gap between basic theory and real-world applicability. He has marshalled an impressive array of empirical facts so compelling, policymakers cannot fail to heed their import."

Most recently, his 2010 co-edited volume, ﻿Police interrogations and false confessions: Current research, practice, and policy recommendations, was recipient of both the 2010 Outstanding Book in Law and Psychology given by the American Psychology-Law Society and the 2010 PROSE Award in Psychology given by the Association of American Publishers in recognition of the very best in professional and scholarly publishing.

Lassiter, G. D. (2010). Videotaped interrogations and confessions: What’s obvious in hindsight may not be in foresight. Law and Human Behavior, 34, 41-42.

Bias and accuracy in the evaluation of videotaped confessions. Ohio Board of Regents Research Challenge Award, March 2003-February 2004, $ 6,000.

Generalizability and mediation of the videotaped-confession bias. Ohio Board of Regents Research Challenge Award, December 1993-August 1995, $11,750.