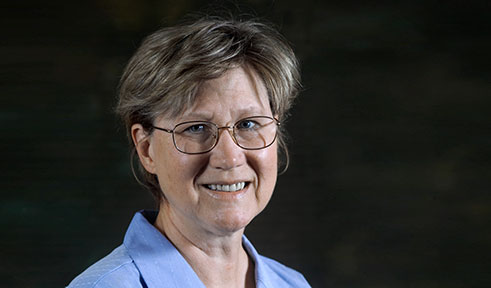 Plants are the planet's primary producers of food, fuel, materials and medicines. Therefore, a self-sustaining civilization must of necessity acquire a profound understanding of plants. My research program deals with plant cell walls, particularly their hydroxyproline-rich glycoproteins (HRGPs), which are major scaffolding components, and their role in plant form and function. And, as a result of our recent successes in creating synthetic gene analogs of HRGPs, this research also emphasizes the utilitarian value of reengineering HRGPs like plant gums or HGRP-human protein chimeras.

Plant HRGPs are modular structural glycoproteins—generally elongated, flexible, rodlike molecules with marked peptide periodicity. Some become crosslinked to form covalent cell wall networks that control extension growth, increase the tensile strength of the cell wall and impart mechanical resistance to attack by plant pathogens. Other HRGPs such as the arabinogalactan-proteins (AGPs) remain uncrosslinked and form a protective hydrophilic cushion at the interface between the plasma membrane and cell wall. Yet others, like the gum arabic glycoprotein are protective exudate gum components, acting as plastic sealants at the sites of mechanical injury. Still other HRGPs contain highly symmetrical motifs with palindromic amino acid sidechains ñ the sequence of the amino acid sidechains reads the same forwards as backwards. Involvement of these peptide palindromes in more subtle molecular roles such as self-ordering liquid crystals could lead to biomineralization, epitaxial growth and self-assembly of wall components at the cell surface, or molecular recognition of pathogens.

Current and Future Work deals with the following.

HGRP Post-Translational Modifications and Functions at the Molecular Level

Synthetic genes for simple repetitive HRGP constructs can test predicted sites of glycosylation and other functional properties. Suitably modified they can also be used as endogenous inhibitors of specific HRGPs to probe function module by module.

Simple HRGP constructs provide useful substrates to assay the HRGP-specific prolyl hydroxylases, glycosyltransferases and crosslinking enzymes yet to be isolated.

HRGP Contribution to Cell Wall Networks and Other Supramolecular Structures

Synthetic genes also are being used in my lab to test the role of other motifs in cell wall self-assembly mechanisms:

The sequence Val-Tyr-Lys is a putative intermolecular crosslink motif responsible for extensin network formation, to be tested using constructs engineered with Tyr to Phe and Lys to Leu substitutions. Crosslinking spacing may determine whether extensin networks are tight or loose, hence their function as mechanical barriers, ultrafilters or molecular sieves.

Association of membrane-anchored arabinogalactan-proteins may form a cell-type specific hydrophilic cushion between the plasmamembrane and the wall, and assist and direct cell wall assembly.

The Design of New Gums and Other Hydrocolloids of Utilitarian Value

Exudate gums are of widespread industrial use, mainly due to their HRGP component. For the first time we have the opportunity of radically reengineering these gums to enhance their specific properties.

Gum rabic glycoprotein exemplifies emulsification properties, but the precise mechanism by which this hydrophilic molecule stabilizes lipophilic suspensions is unknown. We have designed synthetic constructs to solve that problem.

New precisely engineered hydrogels are envisaged that can be produced in plants, for example, as monomers for subsequent crosslinking. Such benign biodegradable ëgreení polymers produced in plant ëfactoriesí could contribute to our self-sustainability and reduce our reliance on petrochemicals.

Kieliszewski, M.J. and Shpak, E. (2001) Synthetic genes for the elucidation of glycosylation codes for arabinogalactan-proteins and other hydroxyproline-rich glycoproteins. Cell and Molecular Life Sciences, 58, 1386-1398.