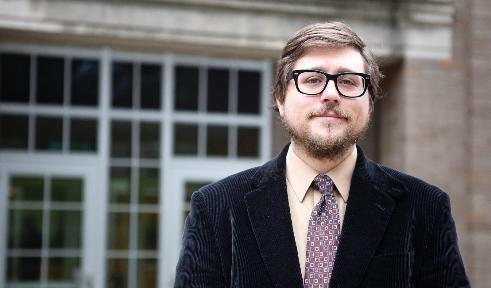 His research and teaching interests are in the area of Nigerian politics, political Islam, and ethnic politics. His most recent book, Boko Haram (Ohio University Press, 2018), with Carmen McCain, is a social history of one of Africa’s deadliest terrorist groups and its impact on Nigerian political and social life. His first book, Muslims Talking Politics: Islam, Democracy, and Law in Northern Nigeria (University of Chicago Press, 2016), explores the emergence of popular demands for the expansion of Islamic law in new Muslim-majority democracies, while other research focuses on the perils of ethno-religious power sharing in uncertain African democracies.

Dr. Kendhammer has lived and conducted research in Cameroon and Nigeria and was a Fulbright Fellow in Nigeria in 2007-08, based at Usmanu Danfodiyo University in Sokoto. His work has appeared in many academic journals, including Comparative Politics, Journal of Human Rights, and Ethnopolitics. He has also co-authored several reports on violent extremism in West Africa for USAID and the U.S. Institute for Peace, and he speaks regularly to government and international media on this and related subjects.