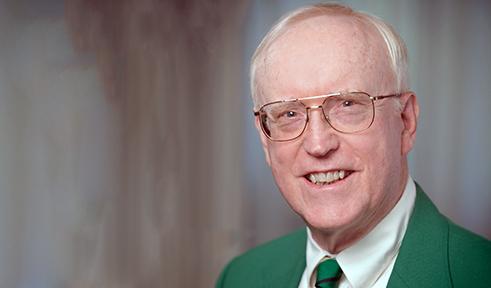 A graduate of the University of Missouri, Professor Hamby specializes in 20th century U.S. history, especially politics and culture. His books include: Beyond the New Deal: Harry S. Truman and American Liberalism (1973); The Imperial Years: The United States since 1939 (1976); Liberalism and Its Challengers: F.D.R. to Reagan (2d ed., 1992); Man of the People: A Life of Harry S. Truman (1995), and For the Survival of Democracy: Franklin Roosevelt and the World Crisis of the 1930s (2004).

Hamby also has received two National Endowment for the Humanities Fellowships, a Harry S. Truman Library Institute Senior Fellowship, a Woodrow Wilson International Center for Scholars Fellowship, and the Ohio Academy of History Distinguished Service Award. Born in Missouri, Hamby graduated from Southeast Missouri State University and earned his Ph.D. from the University of Missouri-Columbia. He is an expert on Harry S. Truman and his presidency.