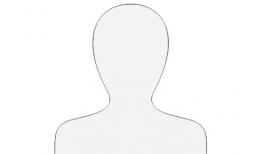 Dr. Patricia C. Gunn received her Juris Doctorate from Boston College Law School and has been a member of the legal profession for more than 30 years.

She joined the faculty of Ohio University in 1989, after serving in the U.S. Department of Justice in Washington, D.C. While at the Justice Department, she served as Special Assistant to the Solicitor General of the United States (the office responsible for representing the United States in all cases before the Supreme Court of the United States) and as a Senior Trial Attorney in the Office of International Affairs. Her love of the law, particularly international law and constitutional law, has continued across the years as is evidenced by the courses she teaches for the Department of African American Studies.

Gunn has written numerous papers including, but not limited to the following:

In recent years, Gunn has developed a research and teaching interest in health care as a human rights issue. The Rev. Dr. Martin Luther King, Jr. reportedly said, "Of all the forms of inequality, injustice in health care is the most inhumane."

In order to study the legal issues surrounding access to health care in the United States, Gunn used the faculty development leave the College of Arts & Sciences granted her in academic year 2006-07 to work as a volunteer attorney for the Tennessee Justice Center (Nashville, TN) a health care law firm. There she learned firsthand the serious physical, mental, emotional, and financial repercussions experienced by the poor and powerless amongst us who do not have health care insurance, or who have inadequate health care coverage. She shares that knowledge with her students in the classroom. She also shares her research regarding health care and international law with colleagues and the public, as is evidenced by her most recent law review article, "Health Care Refugees," which appears in the Loyola University Chicago International Law Review.

During her twenty-three years as a member of the Ohio University and Athens communities, Dr. Gunn has served on dozens of committees. One of her favorite forms of service, however, is providing guidance to students who are interested in pursuing legal careers.