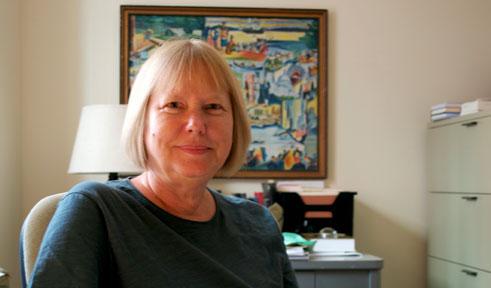 DeLysa Burnier is Professor of Political Science. She received her Ph.D. and M.A. from the University of Illinois at Urbana-Champaign. Her B.A. also is from the University of Illinois at Urbana-Champaign, where she graduated Phi Beta Kappa and with highest distinction in political science. Her current research interests are gender and public administration, gender and leadership, teaching pedagogy, interpretive approaches to policy analysis, and political autobiography. Specifically, Dr. Burnier’s work is focused on the development of a care-centered public administration.

Currently she is a Voinovich Faculty Fellow with the George Voinovich School of Leadership and Public Affairs. In this capacity she encourages and helps coordinate faculty use of the Voinovich Archives, which are located at Ohio University. Dr. Burnier also was a teaching fellow with the Ohio Fellows program. This program is an undergraduate leadership program, which was reactivated in 2012.