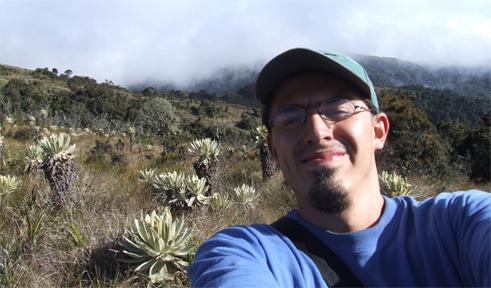 I am an evolutionary biologist broadly interested in how the interaction between environmental setting and species-specific traits condition their evolutionary paths. In particular, my research investigates species evolutionary responses to environmental heterogeneity and change, and how these responses influence the generation and maintenance of biological diversity. For this, I take advantage of the increasing amount of genomic data for non-model species and focus on developing novel bioinformatic tools to explicitly integrate relevant biological realism into population genetics inference.

Work in the lab is intrinsically interdisciplinary, question-oriented, and multi-faceted. It integrates empirical data (genomic, phenotypic, and environmental) with rigorous statistical models and bioinformatic approaches to better understand and ultimately forecast species’ and communities’ responses to environmental change. While originally trained as a mammalogist, I currently work on a wide range of study systems, from plants to vertebrates and from temperate to tropical regions. The common denominator of all these projects is the use of genomic tools to make inferences about environmental influences on the interplay between selection, drift, and gene flow.

After completing a bachelor degree at the Pontificia Universidad Católica del Ecuador, I moved to the University of Michigan, where I received both a Graduate Certificate in Spatial Analyses and a Ph.D. in Ecology and Evolutionary Biology. During my graduate student life, I also became strongly interested in bioinformatics and started developing a research program that integrates all these fields (spatial analyses, bioinformatics, and population genomics) with the aim of improving evolutionary inference. After finishing my dissertation on the role of environmental heterogeneity on the diversification of small terrestrial mammals in the tropical Andes, I first joined the “The Hickerlab” at the City University of New York, where I worked on developing spatially explicit tools for historical demography. Then I moved back to University of Michigan to work first on landscape genomics and then on the biogeography and diversification of Andean taxa. Recently, I joined the Department of Biological Sciences at Ohio University (in August 2019), where I will continue developing new methodological approaches for population genetics and biogeographic inference and investigating on species’ and communities’ responses to environmental change.