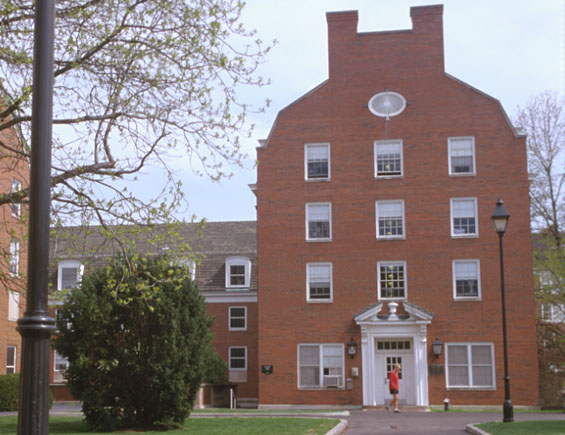 Treudley Hall is a four-story, residence hall located in the West Green, coordinates F-4 on the campus map. It is marked as #114 on the map.

Treudley opened in the fall of 1965. It was originally known as West Green building number 9. The first women's honor residence for upper class students, it was designed for mature, responsible women. The residence hall had regular closing hours for visitors with residents having no hours.

Treudley Hall was named in honor of Dr. Frederick Treudley, a native of New Brighton, PA. Growing up in Newton Falls, OH and graduating from Mantua High School, he attended Hiram College and Indiana University. He was superintendent of public schools in Ohio before coming to Ohio University as a Professor of Educational Methods. He later taught Philosophy, Sociology, and Ethics. He was also a great speaker. The 1915 Athena was dedicated to him as "Ohio's Most Beloved Professor," and the Athena was again dedicated to him in 1920.