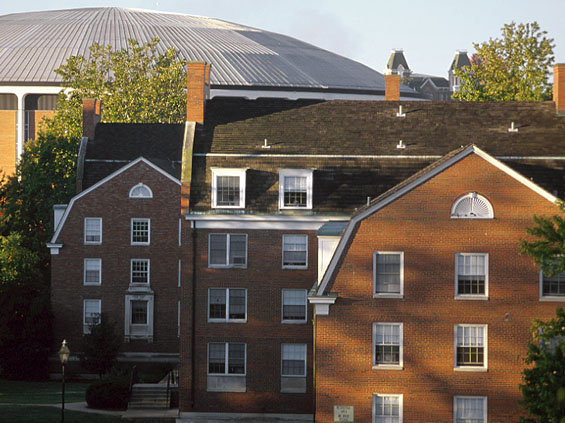 Sargent Hall is located in the West Green, between coordinates F-4 on the campus map. It is marked as #117 on the map.

Sargent Hall, located on the West Green, is a four-story residence hall.

Sargent Hall was named in honor of Winthrop Sargent. A native of Gloucester, Mass., he was educated at Harvard College. He earned the rank of major in the Continental Army. He attended the meeting at the Bunch of Grapes Tavern in Boston in which plans were made to establish Ohio University. He was on the Board of Directors of the Ohio Company of Associates in negotiating with the Treasurer of the United States to purchase land for the university. He was secretary of the Territory Northwest of the Ohio river. He was also the first governor of Mississippi territory.