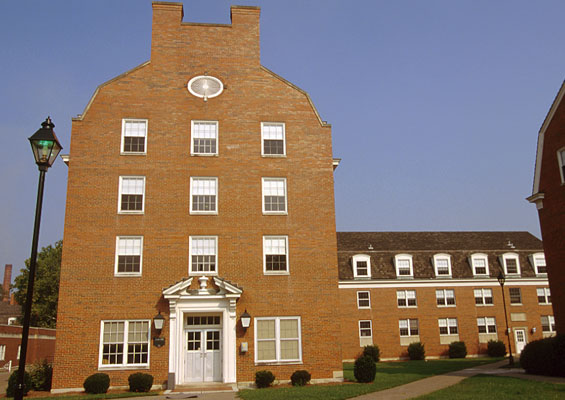 Ryors Hall is a residence hall located in the West Green, coordinates F-3 on the campus map. It is marked as #116 on the map.

Ryors Hall, built in 1966, was used as a resident hall for students. It was originally known as West Green building number 8, and housed 213 students.

Ryors Hall was named in honor of Alfred Ryors. Born in Philadelphia, PA, he was left as an orphan and taken into the family and select school of Reverand Robert Steel, D.D., at Abington, PA. He was educated at Jefferson College, PA. He came to Ohio University as a Professor of Mathematics in 1836 and remained here until 1844. He left the university to teach at Indiana University. He returned to Ohio University as president from 1848 through 1852. In 1853 he became President of Indiana University and served in the ministry. After one year at Indiana University, he accepted the chair of mathematics at Center College, KY, where he remained until his death in 1858.