A MDIA alumna's career in post-production 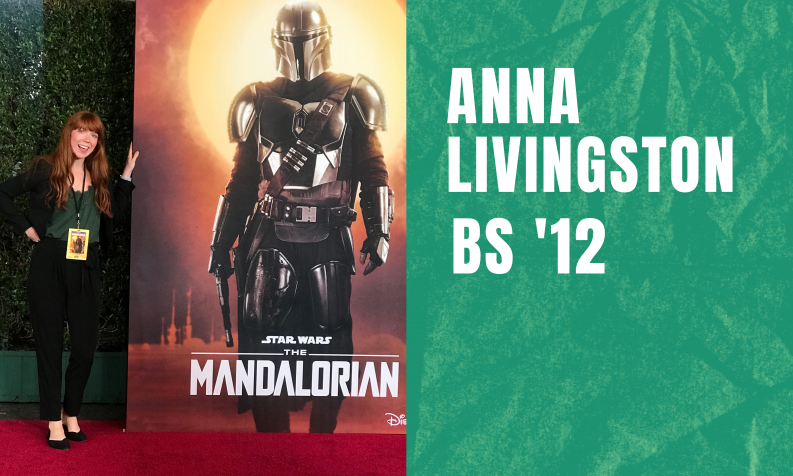 When Anna Livingston moved to Los Angeles after graduating from Ohio University, her goal was to become a producer. She enjoyed logistics and managing productions, which led to her first internship with a reality television show. In this role, Livingston was responsible for creating reports and completing administrative tasks. Then, she moved onto her first job as a post-production assistant for a reality television company.  Even though post-production was not her major at OHIO, Livingston eventually realized that she enjoyed the work because it was a creative process and your contribution is clearly visible in the final result.

Over the years, Livingston reached a point in her career where she decided to stay in  post-production and move from reality shows to movies and scripted television. She landed a job at Disney Channel as a post coordinator and at New Line Cinema as a post-production trainee. For a few months she worked in that role until she moved onto an executive assistant role to the senior vice president of post-production for Warner Bros. For two and a half years, she was exposed to company expectations from the post-production team and management between talents and agents.

Soon after, Cody Vandenberg ‘12, who is also an OHIO alum and a good friend of Livingston, connected her with a post supervisor on an untitled project that would have eventually become The Mandalorian. Livingston worked on the show for Seasons 1 and 2, where she started as a coordinator until they moved her to an associate supervisor role. It was a demanding role, however it was very rewarding; she never would have guessed that the show was going to be as big as it is today.

Currently, Livingston is the associate post-supervisor at Lucasfilms and is working on a television show for Disney+. She facilitates the supervision of post-production elements, such as editing, sound design, visual effects, music and final color to bring the project to completion as the creators and studio executives envisioned it.

Before attending OHIO, Livingston did not know exactly what she wanted to do, but she knew she wanted to make movies. What drew her to OHIO was not only the beautiful campus, but the media program and its endless opportunities for her to explore and learn more regarding her career.

“The school provided me with a lot of opportunities to try different things, and it made me realize what I liked and didn’t like. It taught me a lot about collaboration, teamwork, and being adaptive,” said Livingston. “The best thing about the Media School was that I always felt encouraged to pursue what I wanted”.

The Ohio University School of Media Arts & Studies produces leaders, innovators, and entrepreneurs for today’s media and music industries. You’ll find MDIA graduates across every level of the creative marketplace, equipped with the skills and experience to pursue successful career journeys. Make sure to check the MDIA website regularly for more stories of our alumni.