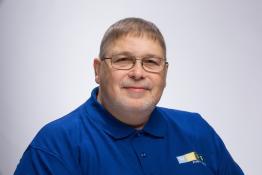 Terry Douds found audio to be his forte, and he began actively recording people in 1970 and never looked back.

He entered The Ohio State University as an EE major, graduating in 1979 with a BS in Audio Recording. While at OSU he received the 1st “deebee” award from Downbeat Magazine for Best Engineered Studio Recording by College Students.

His professional career in Audio Recording began in 1977 in Columbus, Ohio at Mus-I-Col Recording Studios, working with The Count Basie Orchestra and Rusty Bryant. In 1981 he joined the staff of The Recording Workshop in Massieville, Ohio as well as teaching Audio Production at Capital University in Columbus, Ohio. He then moved into video production, becoming an Editor/Engineer for The Media Group (Columbus), moved to SOS Productions (Columbus), working as an Online Editor, AVID Editor, and Digital Media Specialist. He joined the Faculty of Ohio University's School of Telecommunications (now MDIA) in 2002-03 as a Visiting Assistant Professor teaching Audio Production, worked for Wendy's International as a DVD Author (2001-05), and then joined WOUB Public Media in 2005, where he is now Broadcast Operations Supervisor in the WOUB Engineering Department. He is a member of SBE, IEEE-BTS, SMPTE and AES. He chairs the PBS ETAC ATSC 3.0 Working Group, is on the IEEE/BTS Advisory Committee as VP of Conferences, is a Manager of SMPTE Ohio, and is active in ATSC, representing PBS in the Audio working group (S42), as a member of the AES Technical Group on Audio Guidelines for Over-The-Top Television and Video Streaming (AGOTTVS), and as a member of the CTA (R4WG8) Audio Loudness Working Group.

Additionally, he is active as a bassist, performing with The Woody Herman Orchestra, Famous Jazz Orchestra, The Local Girls, The Word of Mouth Jazz Band, RiverJam, and a myriad of other groups. He operates Douds Engineering Services (a remote recording, production and mastering company) and Cojazz Recordings, Ltd., which has two labels under its umbrella (Cojazz and BRC).