Rhude gains independence and confidence during study abroad in Spain 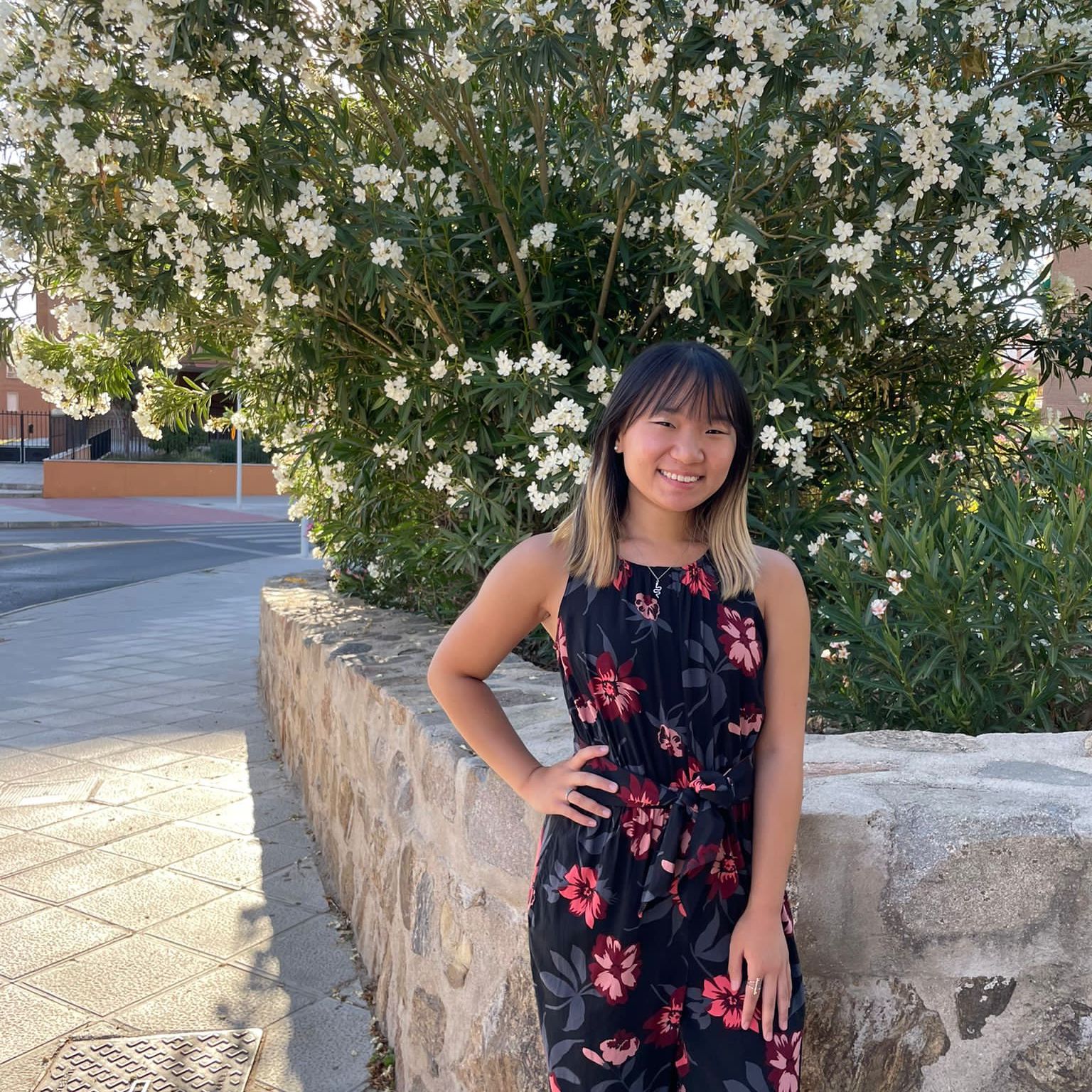 When Ohio University student Caroline Rhude heard of the opportunity to study abroad in Spain this summer, she jumped at the chance.

Not only was it a chance to improve her Spanish skills, but it turned into an opportunity to fully immerse herself in the language and culture, gain independence and learn more about herself.

“The trip was absolutely incredible. I feel like I got to branch out so much,” she said.

The experience, Spanish Language and Culture in Toledo, aligned with her academic interests perfectly.

Rhude, who is from Blanchester, Ohio, is an incoming junior majoring in Spanish through the Honors Tutorial College and social work through the College of Health Sciences and Professions. She is also minoring in dance – performance and choreography and business analytics, as well as earning certificates in European studies and Latin American studies.

Rhude journeyed to Toledo, Spain, along with other OHIO students for about eight weeks. During her stay, she took classes for OHIO credit through the Universidad Castilla-La Mancha and stayed with a host family of four.

“I spent a great deal of time with my two host sisters, and I kind of got to figure out their daily routine, their habits and interests, and their eating schedule which is really interesting because it’s super different than here in the United States,” Rhude said. “I also got to use my Spanish outside of class. I was worried that I might revert back to English, but the parents only spoke Spanish.”

Nelson Hippolyte, director of the study abroad program, planned multiple excursions for the OHIO students, including trips to Consuegra, Segovia and Madrid. Hippolyte is professor of instruction in the Modern Languages Department in the College of Arts and Sciences.

During the stay, students were also encouraged to venture to other cities and countries nearby during their free time. Rhude elected to stay within Spain, visiting Sevilla, Granada and Valencia by train.

“I would say a big [lesson I learned] personally is how much independence that I didn’t realize I had until I actually went abroad,” she said. “It’s one thing to move to college and have your own responsibilities within a small town, but it’s another to completely explore an entire city.”

Rhude gained confidence in herself after being able to book all her accommodations and trips completely in Spanish.

While the opportunity to study abroad improved her Spanish skills, it also connected to her social work major as well. According to Rhude, who is an adoptee from China, Spain has a high rate of Chinese adoptions. She was interested to see the attitudes toward Chinese adoptions in the country.

While most of her experiences were positive, there were some that made her pause. Encouraged by her director, she wrote about her encounters of discrimination for her final report.

“This journey has taught me a lot about what it means to be open minded, receptive and adaptable to new people and situations,” she said. “I am looking forward to applying these skills to my future career in social work where the goal is to always advocate for and understand a diverse range of people.”

For Rhude, the trip solidified that her recent switch to earn degrees in both social work and Spanish was the right move.

“I think, even despite some of the issues that I ran into, this was one of those experiences that I realized is much bigger than me. I may have had an issue, but you know, I want to be a social worker and will always seek an opportunity to learn from unpleasant or uncomfortable circumstances,” Rhude said. “In social work, you will work with populations that are different from you and people who have different perspectives. But the point is to always advocate for, understand, and help them. So, it was nice to break out of my little bubble of Ohio. I’m not just here to study; I’m actually here to see how other people live.”

Rhude hopes to work in the future with Spanish-speaking families, whether they are going through the adoption process or not. She also aims to connect with a diverse range of people by learning other languages, including Mandarin.

After returning home from Spain, Rhude is gearing up for a busy year in Athens.

She serves as vice president of OHIO’s chapter of Sigma Delta Pi, a National Collegiate Hispanic Honor Society, which promotes the usage of the Spanish language in an academic and professional realm. She is active in the Asian American/Pacific Islander Student Union (AAPISU) as well.

During the upcoming year, Rhude will serve as treasurer for the OHIO chapter of the Ohio Innocence Project-U, affiliated with the University of Cincinnati College of Law, which advocates for those who have been wrongfully convicted.

She is also looking out for any new opportunities to study or travel abroad.

“I would highly encourage people to study abroad if they could,” she said. “It definitely adds to [your education] and I would highly recommend people do it. It’s a new type of independence to have.”