Law Center hosts 'Race, Violence and Justice: An Examination and Discussion of the Arbery and Rittenhouse Verdicts' on Feb. 15 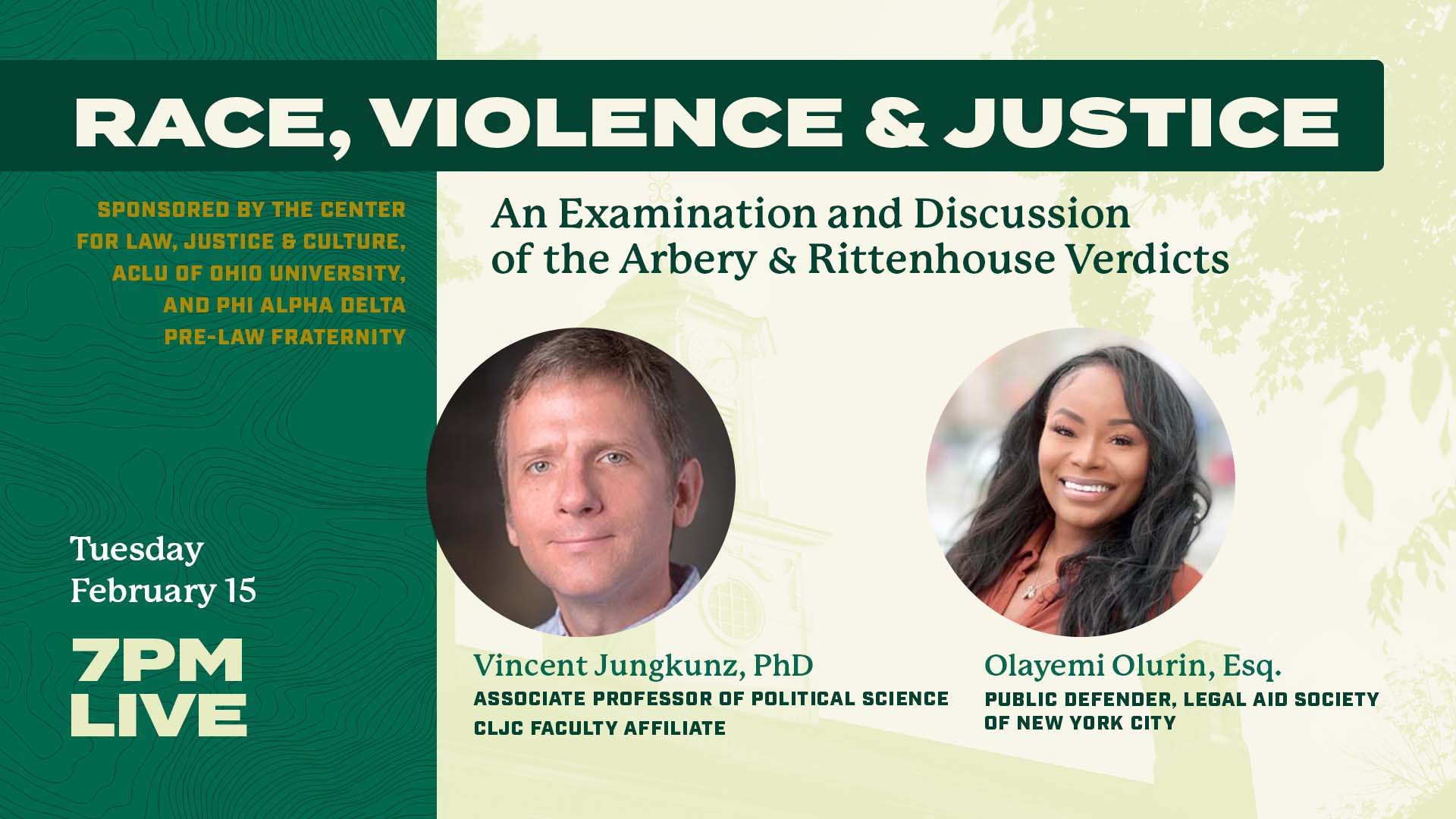 The Center for Law, Justice and Culture hosts a livestream event to discuss "Race, Violence and Justice: An Examination and Discussion of the Arbery and Rittenhouse Verdicts" at 7 p.m. on Feb. 15.

Students, faculty, staff and alumni are invited to watch the livestream and submit questions on:

Featured speakers are Vince Jungkunz, Ph.D., associate professor of political science in the College of Arts and Sciences, and Olayemi Olurin, Esq., staff attorney at the Legal Aid Society of New York City and Ohio University alumna. She earned a B.A. in Political Science Pre-Law, a minor in African American Studies, and a Certificate in Law, Justice & Culture in 2015 from the College of Arts and Sciences.

On Feb. 23, 2020, three white residents of Satilla Shores, Ga., chased down and murdered jogger Ahmaud Arbery, one of them filming the incident on a cell phone camera. Later that year, in August 2020, 17-year-old Kyle Rittenhouse fatally shot two white men in Kenosha, Wis., where protests had erupted after a police shooting of Jacob Blake, an African American man.

While Rittenhouse was acquitted, all three defendants in the Arbery case were convicted of murder. Both cases, however, highlight issues of stand-your-ground laws, vigilantism, self-defense, and the role of race in the criminal process.

The event is co-hosted by Phi Alpha Delta Pre-Law Fraternity and the ACLU of Ohio University.