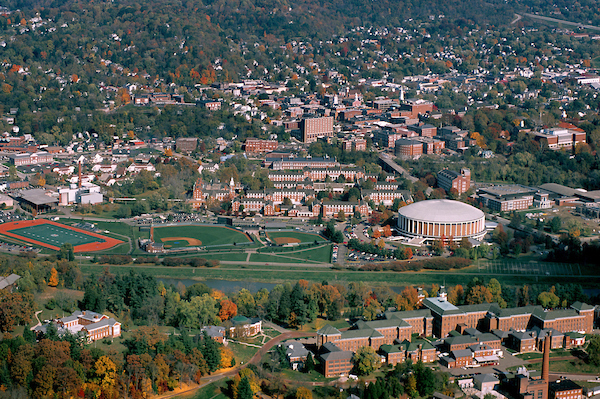 February 18 marks Founders Day for Ohio University. On this day in 1804, the Ohio General Assembly approved charter plans to create OHIO, the oldest institution of higher education in the Northwest Territory.

To celebrate OHIO, the alma mater will chime at 2:16 p.m. on Feb. 18 in honor of the University’s 216th birthday, but we’re also taking a look at some of the biggest developments and historical highlights to happen over the last 216 years.

Right in the center of College Green stands the oldest building on campus and the oldest building erected for higher education west of the Alleghenies and north of the Ohio River, Cutler Hall. Built in 1816, the building has served as a dormitory, classroom building, laboratory, library, and museum over the years and today stands as the office to the President and Provost.

One of the most interesting buildings on campus could arguably be the historic Bingham House. Built around 1803 and originally located on South College Street, Bingham House is believed to have been built by, and the home of Silas Bingham, a Revolutionary War hero, successful businessman, and the first sheriff of Athens County.

One of the major hubs on campus is Baker University Center. Although today Baker Center connects West Green to College Green, the old Baker Center, which opened in 1953, sat where Schoonover is today. Construction on the Baker Center we know now began in the spring of 2004, with the new center opening in January 2007.

Buildings on campus haven’t been the only things to get newer looks and updates. Our trusty mascot Rufus wasn’t always the cool, motorcycle riding Bobcat we know today; in fact Rufus has only been our mascot for a little more than a decade. While the bobcat has been OHIO’s mascot since 1925, he used to be called Mr. Bobcat and had quite a different look. For some brief time in the late 60s and 70s, there was also a Bobkitten mascot. It wasn’t until 2006, when the mascot’s look was updated, and the name Rufus was given.

The class of 1915 gifted the Alumni Gateway to celebrate the 100th anniversary of the first OHIO graduating class. Since then, thousands and thousands of students have crossed underneath the inscription, “So enter that daily thou mayest grow in knowledge wisdom and love,” as a part of their welcoming convocation and have become part of the Bobcat family. 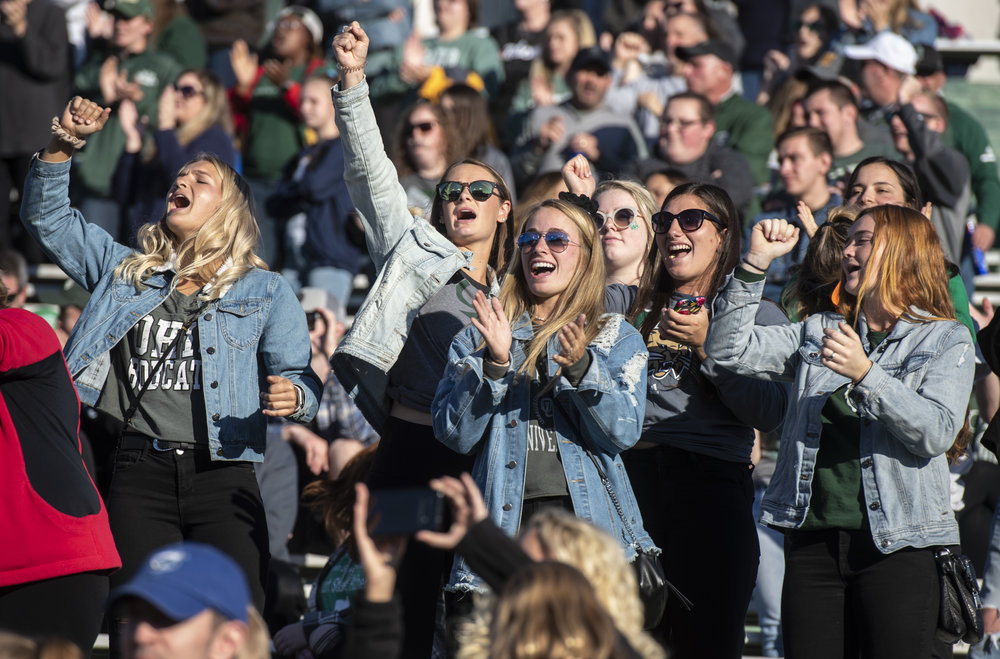 As OHIO has developed, so has the way the University has helped make education more accessible for students, especially with the recently announced new OHIO Guarantee+ program.  The program will expand on the University’s fixed tuition promise with more personalized plans and expanded lifelong benefits and scholarships.

OHIO has also expanded beyond the Athens campus, reaching statewide with regional campuses located in Chillicothe, Ironton, Lancaster, St. Clairsville and Zanesville, and with centers in Pickerington and Proctorville.

The Heritage College of Osteopathic Medicine, alongside pre-eminent training partner OhioHealth, also opened a medical school campus in Dublin in 2014, and then opened another campus in affiliation with the Cleveland Clinic in Warrensville Heights. In 2021, the Heritage College will open another medical educational facility in Athens on Factory Street called Heritage Hall.

While OHIO may be historic, there would be no birthday without the many students and proud alumni of Ohio University.

Happy Birthday, OHIO and all the OHIO community!