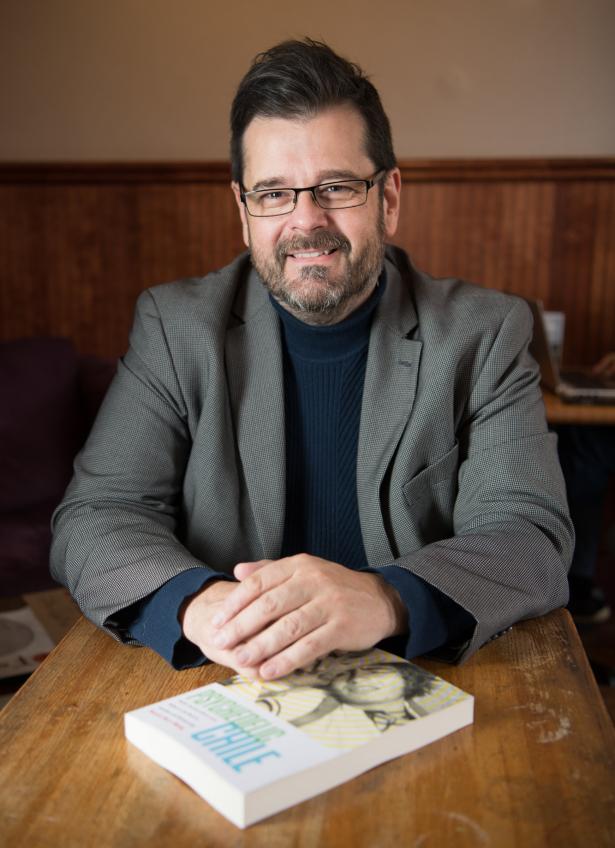 Barr-Melej is Professor of History and specializes in modern Latin America, with emphasis on twentieth-century politics and culture. He received his Ph.D. in history from the University of California at Berkeley.

Barr-Melej’s publications include the books Psychedelic Chile: Youth, Counterculture, and Politics on the Road to Socialism and Dictatorship and Reforming Chile: Cultural Politics, Nationalism, and the Rise of the Middle Class, both published by the University of North Carolina Press.

Psychedelic Chile was listed among “Historical Studies of 2017 to Highlight” by the large daily newspaper La Tercera (Santiago, Chile), and reviewers in leading academic journals have called the book “wonderfully lively and illuminating” (American Historical Review) and “a landmark” study (The Sixties). Barr-Melej’s articles have appeared in such journals as the Hispanic American Historical Review, the Journal of Latin American Studies, and The Americas, and he has given presentations on his research on four continents, including invited talks at the Sorbonne (University of Paris), the University of Oxford, and the National Library of Chile.

A native of South America, Barr-Melej has held visiting professorships in the graduate programs of Chile’s Pontifical Catholic University and University of Concepción, evaluates grant and fellowship applications for the Chilean government, and is a former president of the Southwestern Social Science Association, the oldest interdisciplinary social-science organization in the United States.

His teaching awards include the Distinguished Mentor Award from the Ohio University Honors Tutorial College, and his commendations for research include the College of Arts & Sciences Outstanding Faculty Research, Scholarship, and Creative Activity Award in the Humanities. Since 2014, Barr-Melej has coordinated academic-program reviews in the Office of the Executive Vice President and Provost, after having served as chair of the History Department and interim chair of the African American Studies Department.

His graduate advisees in History and Latin American Studies have produced M.A. theses and Ph.D. dissertations on such topics as Guatemalan revolutionary ideology; U.S-Chilean relations in the 1960s; Chile’s opposition journalism under the Pinochet dictatorship; cultural politics in post-Sandinista Nicaragua; gender and economy on the U.S.-Mexican border; and human-rights policy in Argentina after the Dirty War. His undergraduate courses include “Modern Latin America,” “Modern Mexico,” “Historical Research and Writing,” and “World History Since 1750.”

Barr-Melej is Professor of History and specializes in modern Latin America, with emphasis on twentieth-century politics and culture. He focuses on the Chilean politics, youth, culture and nationalism.