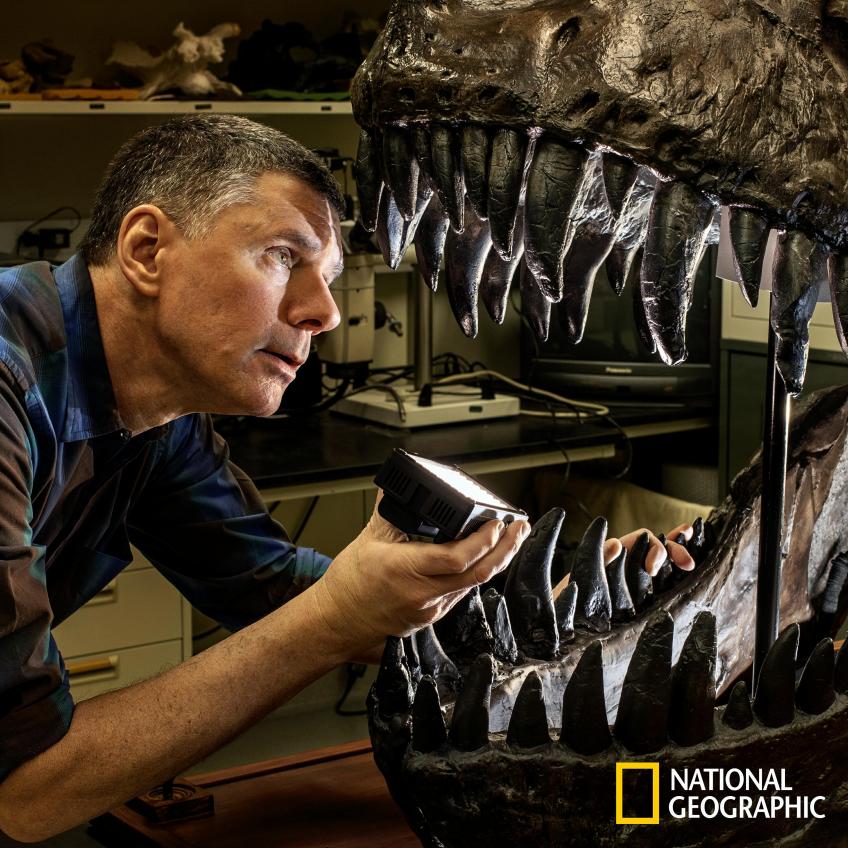 Dr. Witmer's vision is "To use the structure of extinct and modern-day animals to interpret evolutionary history, and to share that history with the broader community."

This mission has served him well. Witmer is known the world over for his dinosaur research and discoveries and is frequently called upon to provide source material, expertise and explanation for shows on a variety of television networks and countless print publications and journals.

His work has been the subject of many popular television programs on networks such as the Discovery Channel, History Channel, National Geographic Channel and CBS.

The public attention results from Witmer's innovative approach to prehistoric anatomy. His research lab was among the first to utilize computerized tomography (CT) scanning and computer visualization in paleontological research. The CT combines a series of X-ray views from various angles and produces cross-sectional images. Using 3-dimensional images of bone cavities, Witmer attempts to "fill in" the missing soft tissue, a process he calls "fleshing out" fossils. 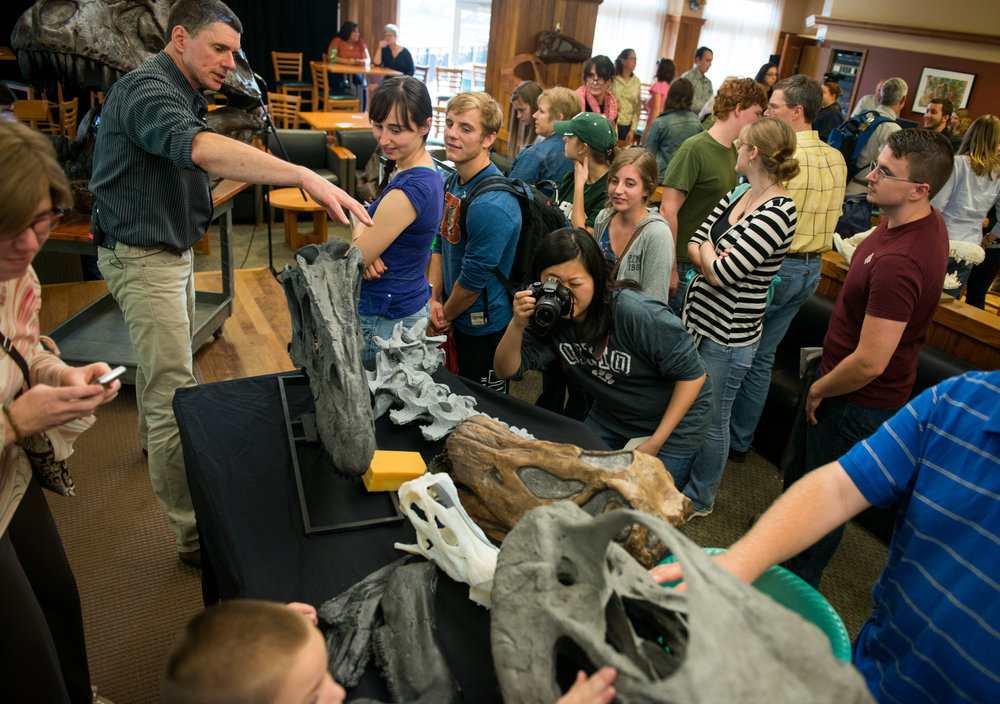 Using these technologies, Witmer also compares the anatomy of modern animals with prehistoric fossils to reveal how ancient beasts may have lived and evolved.

As a result, the projects are diverse, ranging from studies of the nasal apparatus of Diplodocus to the brain and ear of T. rex to the horns of rhinos to the airflow in alligator heads, and more. In his words, this research looks beyond "the narrow time-plane in which we live" to broaden our understanding of previous anatomical systems.

Anatomy is the team's stock-in-trade, because anatomical details record the evolution of adaptation, he says. Their study provides a better understanding of the vertebrate head: how it works "from physiology to biomechanics" and how it evolves.

Witmer is an expert in paleontology, dinosaurs, evolution and fossils. His research lab was among the first to utilize computerized tomography (CT) scanning and computer visualization in paleontological research. He is known for his discoveries.