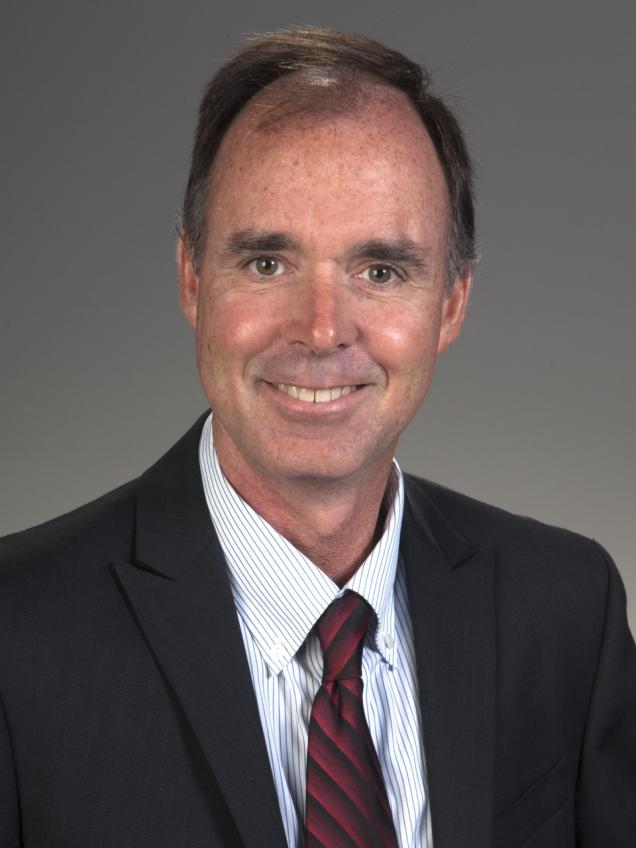 Dr. Kenneth Johnson is a physician, educator and national leader in osteopathic and primary care medical education, who is directing a bold initiative to transform how osteopathic physicians are trained for the rapidly changing health care system of the 21 st century.

This includes the August 2018 launch of the Pathways to Health and Wellness Curriculum, an innovative new curriculum for the Ohio University Heritage College of Osteopathic Medicine, and the Transformative Care Continuum, a new curriculum demonstration project developed in partnership with Cleveland Clinic at the Heritage College, Cleveland.

These curricular changes are only the most prominent examples of Dr. Johnson’s work to establish the Heritage College as a national leader in aligning medical education more closely with the needs of a growing, aging population and a rapidly evolving 21 st -century health care system.

Since the summer of 2012, Dr. Johnson has served as executive dean of the Heritage College, where he leads a medical school with a national reputation for training primary care physicians (nearly half of its graduates go into primary care). During his tenure, he also has overseen a period of unprecedented growth for the college, with the opening of new campuses in Dublin, Ohio, in July 2014 with OhioHealth as preeminent education partner, and in July 2015 in northeast Ohio in affiliation with Cleveland Clinic.

In addition to his duties as executive dean, in January 2018 Dr. Johnson was chosen to also serve as chief medical affairs officer for Ohio University. Nationally, he is active in educational policy and holds numerous leadership roles within the osteopathic medical profession. He is chair of the Ohio Council of Medical School Deans and the Assembly of Presidents for the American Association of Colleges of Osteopathic Medicine (AACOM), sits on the AACOM Board of Deans, and is vice chair of the American Osteopathic Association Bureau of Osteopathic Graduate Medical Education Development. He was a member of the historic AOA/AACOM Blue Ribbon Commission for the Advancement of Osteopathic Medical Education, which in 2013 released its landmark report " Building the Future: Educating the 21 st  Century Physician ," an innovative blueprint for transforming physician education that was developed to address the primary care medical needs of the country.

From 2008 to 2017 he was a member of the AOA’s Commission on Osteopathic College Accreditation, serving as its chair from 2014-2017. He is a past president of the American Academy of Osteopathy and has served as vice chair of its International Affairs Committee since 2007. He has served as president, chief academic officer and member of the board of governors for the Northeast Osteopathic Medical Education Network.

Prior to coming to the Heritage College, Dr. Johnson was the associate dean for educational programs and vice dean at the University of New England College of Osteopathic Medicine (UNECOM), where he was also an associate professor of family medicine and osteopathic manipulative medicine.

In recognition of his professional accomplishments, Dr. Johnson received the Maine Osteopathic Physician of the Year Award in 2006 and the Roswell P. Bates Award for Public Service in 2008, and was named the Thomas L. Northrup Lecturer in 2009.

Johnson is an expert in medical education, osteopathic medicine and primary care. He is the Executive Dean, Chief Medical Affairs Officer and is directing a bold initiative to transform how osteopathic physicians are trained for the changing world.