Recent developments in technology are changing journalistic outlets. Ten years ago, journalists armed with only notebooks and pens reported stories printed on paper, while today laptops and digital cameras have been added to the typical reporter’s equipment bag. Through her research and courses, veteran journalist Aimee Edmondson helps future journalists combine their writing skills with technology-assisted reporting and media law.

Edmondson researches and writes about changes in state sunshine laws and the evolution of libel law during the U.S. civil rights movement. She works to bridge the gap between professional journalists and academics. She is an international CAR trainer, most recently working with journalists in East Africa and India.

Edmondson also is passionate about convergence journalism because convergence journalists need to be good at everything. “Future employers ask, 'Can this person write, take pictures and do multimedia?’” she said. Because of the rising speed of online convergence, pressure to publish the story first can jeopardize accuracy, Edmondson said.

The ability to view up-to-date news sources represents just one way that the face of journalism is changing, Edmondson said. “We’re reinventing ourselves. The world of print journalism has faced the onslaught of numerous competitive mediums since its beginning. When TV was born, everyone said, ‘The sky is falling!' Online media should just enhance journalism.

“Print journalism has to change,” Edmondson said. “With each step forward, we continue the progression of journalism and we make it better.”

Edmondson is an expert in communication and media law, libel and state sunshine laws. Her focus is on the changes in state sunshine laws and the evolution of libel law during the U.S. civil rights movement. She also emphasizes convergence journalism. 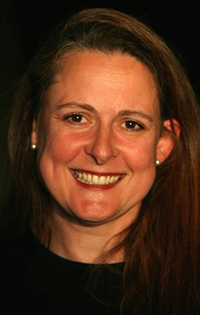