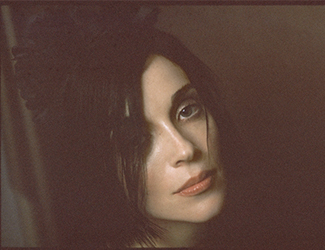 Annie Clark made her recorded debut as St. Vincent in 2007 with Marry Me, and has, in relatively short order, become one of the most innovative and enigmatic presences in modern music.

Each of St. Vincent’s four subsequent albums has met with critical acclaim and commercial success eclipsing that of its predecessor. These albums would include Actor (2009), Strange Mercy (2011), and her self-titled fourth album and winner of the 2014 GRAMMY for Best Alternative Album, making her only the second female artist ever to win in that category. In addition to these solo works, St. Vincent joined with David Byrne to record and release the collaborative album Love This Giant in 2012, and performed with Dave Grohl, Krist Novoselic and Pat Smear of Nirvana at the band’s 2014 induction into the Rock and Roll Hall of Fame, playing the season finale of Saturday Night Live that same year.

In 2017, working with co-producer Jack Antonoff, St. Vincent created a defining statement with MASSEDUCTION. As ambitious as it was accessible, the album broke St. Vincent into the U.S. and UK top 10s while landing at #1 on the Best of 2017 lists of Jon Pareles of The New York Times and The Guardian—and placing high in the year-end rankings of The AV Club, Billboard, Entertainment Weekly, Mashable, The New York Daily News, the NME, Noisey, Paste, Pitchfork, Q, Stereogum, USA Today, and more.

Last year, she produced the highly acclaimed Sleater Kinney album “The Center Won’t Hold” and is planning for a SXSW debut of her new film “The Nowhere Film” next month with co-star/co-writer Carrie Brownstein. Recently she has had high-profile performances at Let’s Go Crazy: A Tribute to Prince and a special Nirvana reunion show in January.

Outside of recording and performing, St. Vincent has directed the short horror film "The Birthday Party" and recently released the second edition of her signature Ernie Ball Music Man guitar.