The Business of Science in the 21st Century: Drug Discovery

John J. Kopchick is an internationally recognized leader in the growth hormone field. Since 1987 he has been the Goll-Ohio Eminent Scholar and Distinguished Professor of Molecular Biology in The Edison Biotechnology Institute and the Heritage College of Osteopathic Medicine at Ohio University in Athens, Ohio. Dr. Kopchick attended Indiana University of Pennsylvania (IUP) and received his B.S. and M.S. degrees in Biology/Chemistry. His Ph.D. in Biomedical Sciences was awarded in 1980 by the University of Texas Graduate School of Biomedical Sciences at M.D. Anderson Cancer Center in Houston, Texas. He then performed postdoctoral studies in molecular virology at the Roche Institute of Molecular Biology, Nutley, N.J. Following that, he was a group leader in molecular medicine at Merck &amp; Co., Rahway, N.J.

Dr. Kopchick and his group were the first to discover and characterize GH receptor antagonists, an accomplishment for which he and Ohio University were awarded several US and European patents. He also was instrumental in founding a company, Sensus, which applied his research to the development of an FDA approved drug called Somavert (pegvisomant for injection) which is marketed for patients with acromegaly. Patients world-wide are benefitting from treatment with the drug. Royalties from the sales of Somavert has yielded over $100M to Ohio University, which has led to a Translational Medicine Doctoral Program. He research also resulted in a novel mouse line containing a GH receptor gene ‘knock-out’. This mouse live is the longest-lived laboratory mouse and has been distributed to national and international colleagues for research in health-span and longevity.

Dr. Kopchick has published more than 360 scientific articles and serves or has served on the Editorial Boards of Endocrinology, Molecular Endocrinology, GH &amp; IGF-1 Research, Pituitary, and The Journal of Biological Chemistry. He is Past-President of the Growth Hormone Research Society and currently an ad hoc member of their Counsel. He has received many awards including the British Endocrine Society Transatlantic Award (2011), the Endocrine Society Laureate Award for Outstanding Innovation (2019), and the title of Ohio University Distinguished Professor in 2012. He has advised 30 Ph.D., 14 M.S., 35 Post-doctoral fellows, and over 300 undergraduate students in molecular aspects of growth, diabetes, and aging. During the process of drug discovery and development, he has met and become friends and colleagues with over 100 basic scientists and clinicians in the USA and world-wide. 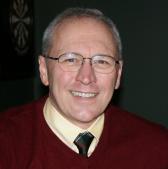 Dr. Coleman is a scientist and senior manager with more than 30 years of experience in biotechnology and biopharmaceutical organizations. He is a technical leader with strong domain knowledge and business acumen in the life sciences market. Dr. Coleman has experience building and managing teams, developing business strategies, structuring alliances and executing programs in research &amp; development, manufacturing and quality control. As one of the group of founding scientists at Human Genome Sciences, Dr. Coleman contributed to the clinical development of several therapeutic protein projects. He served as Team Lead on a project exploring the application of a plasmid DNA for use in Transient Gene Therapy. Dr. Coleman served as the VP of Research &amp; Development at Correlogic Systems where he directed and managed the development of OvaCheck™, a serum proteomic test for the early detection of ovarian cancer. After that, he joined Lonza (Walkersville, MD) as a member of the site leadership team, initially serving as Senior Director of QC Testing Services where he was responsible for in-process and product release testing of both non-regulated and regulated products including several novel client-specific Cell Therapy products. He then moved into the role of Global Director of Analytical Technologies where he was responsible for identifying and developing innovative technologies involved in cell characterization and rapid microbial test methods. Currently, Dr. Coleman serves as the VP of Operations at Immunomic Therapeutics where he leads the in-house process and analytical method development activities along with identification and selection of CDMOs contracted to manufacture material for clinical evaluation. As a member of the Leadership Team, he contributes to the development of the corporate strategy and reports
on progress against corporate goals. Dr. Coleman received his bachelor’s degree in Zoology from Rutgers-Newark and his doctorate degree in Molecular and Cellular Biology from Ohio University. He completed his post-doctoral training in the lab of Dr. Craig Rosen at the Roche Institute of Molecular Biology. He has published 41 articles and is PI or Co-PI on more than 20 issued patents. Dr. Coleman also served on the Board of Advisors for MODA Technology Partners, Wayne, PA and on the Business Advisory Board of Immunomic Therapeutics from 2007 – 2011 prior to joining the company in 2015.

Dr. Jon Wang joined CStone Pharmaceuticals in June 2017, as the Senior Vice President, Scientific Affairs. Dr. Wang is responsible the scientific development of our portfolio and technology platforms of interest, and providing general scientific leadership from discovery to IND. He also participates in setting the broad scientific direction of the company and providing exemplary scientific guidance to CStone’s portfolio to support the overall corporate strategy.

Dr. Wang is an accomplished scientific leader with over 20 years of experience in oncology research and gene therapy in biopharmaceutical industry. He has extensive knowledge and experience in Tumor Immunology, Molecular and Cell biology, drug target discovery, animal modeling, and protein therapeutics development. He holds key international patents in the field of Immuno-Oncology and Gene Therapy and published over 30 original research papers in prestigious scientific journals. He also has experience in leading early stage clinical trials to evaluate immune modulating agents for cancer treatment.

Before joining CStone, Dr. Wang was a Director of Immuno-Oncology Research at Merck Research Laboratories in Boston, Merck and Co. (known as MSD outside of US and Canada). He led and oversaw research projects with the goal to better understand the mechanism of Keytruda (Anti-PD1) resistance and overcome hurdles of current immunotherapies in cancer treatment. He also actively participated in evaluating in-licensing opportunities to enrich Merck’s pipeline and expand the Keytruda franchise. Prior to joining Merck, Dr. Wang served as an Associate Director and a Principal Scientist at AstraZeneca/MedImmune and Biogen Idec, respectively. Before joining Biogen, he was a Senior Scientist of Metabolic Disease Department at Millennium Pharmaceuticals, Inc.

Dr. Wang holds a BS in Biochemistry from Nankai University and a PhD degree in Molecular and Cellular Biology from Ohio University, USA. He completed his postdoctoral training in Massachusetts General Hospital and subsequently served as an Instructor of Medicine at Harvard Medical School.