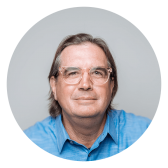 Described by colleagues as an original thinker and visionary leader, Pat Connelly is an entrepreneurial executive and science scholar who unlocks the purpose, passions and ingenuity of people to deliver results. Pat specializes in creating innovative growth strategies and in solving complex scientific and enterprise-wide organizational problems.

Pat served on the Global Leadership Team responsible for management of Vertex Pharmaceuticals research and development efforts. He founded, built and for 10 years led the Materials Discovery & Characterization business unit where he and his staff co-invented three first-in-class medicines: INCIVEK® for hepatitis C and KALYDECO® and ORKAMBI® for cystic fibrosis, and co-authored the applications leading to their regulatory approvals in the U.S. and other parts of the world. His research and policy writings appear in Science, Nature, Proceedings of the National Academy of Sciences, Current Biotechnology and Xconomy.

In 2014, Connelly co-founded Vertex’s Corporate Innovation unit, VIER, and spearheaded the development of an innovation tournament called VOICE (Vertex Opportunities for Innovation & Corporation Evolution) that led to Vertex’s entry into Sickle Cell Disease (SCD). Pat helped manage the initial implementation of the SCD project as a member of the Vertex-CRISPR Therapeutics Joint Research Committee, a team that brought forth one of the first experimental gene-editing medicines ever to be tested in humans.

A father of three and grandfather of four, Pat lives with his wife Mary in Harvard, MA. He serves as co-chair of the Board of Directors of Bravehearts and is a board director at GrubStreet.