A Networking Reception will also take place at 5:00 p.m. in the Baker Center Ballroom. 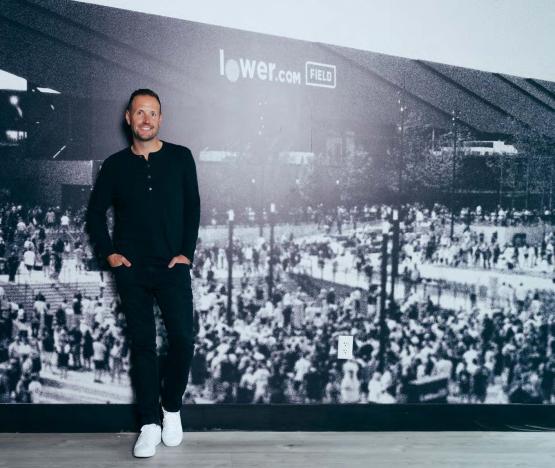 Dan Snyder is an organized dreamer. The entrepreneurial bug hit him in his mid-20s when he started his first business. Although the company wasn’t scalable, it allowed him to buy his first home, showing him homeownership is the greatest wealth creator. In his early 30s, he and his co-founders started Lower to disrupt the mortgage industry and help others build wealth through homeownership.

Now the CEO, Dan leads all day-to-day strategy and operations. Lower’s multi-channel fintech platform meets consumers where they want to do business. Its tech-forward direct to consumer brand, Lower.com, offers a streamlined, digital approach, while its retail presence, consisting of Homeside Financial and 18 additional regional lending teams, focuses on an in-person, local experience with offices around the country. Additionally, the company will soon expand to offer Mortgage as a Service (MaaS) to its growing book of business.

Under Dan’s leadership, the company has funded more than $18.2B* in loans since its founding in 2014 and raised the largest Series A investment in Ohio history in 2021. Additionally, the Lower team has grown from five employees in Columbus, Ohio to more than 1,700 across the nation, and has been named a best place to work, both locally and nationwide.

"Lower always been about optimizing the homeownership experience” says Snyder. “Owning a home is a huge opportunity for people to build wealth, so we center everything we do around that idea.”

Dan’s extensive background in finance also includes executive roles at Wells Fargo and American Bank. He is the co-founder of QuickInsured, one of the fastest growing independent insurance agencies in the country. He was named the #4 SMB CEO by Glassdoor in 2021 and named to Columbus CEO’s Future 50 Class of 2021 and Columbus Business First’s 40 Under 40 Class of 2015.

Dan is passionate about supporting the growth of his local community and gives back through the Young President’s Organization, the New Albany Foundation, Junior Achievement and Nationwide Children’s Hospital’s Healthy Homes. Dan and his wife have two children and call New Albany home.