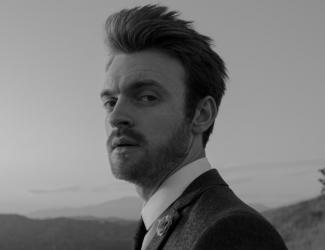 FINNEAS  is a multi-GRAMMY award-winning  22-year-old Los Angeles-based songwriter, multi-instrumentalist, producer and artist.  Earlier this month, FINNEAS and Billie Eilish swept the GRAMMY’s with Finneas taking the prestigious Producer of the Year, Non-Classical, Best Engineered Album, Non-Classical, as well the two of them winning Record of the Year, Album of the Year and Song of the Year for Billie Eilish's groundbreaking No. 1 debut album WHEN WE ALL FALL ASLEEP, WHERE DO WE GO? and hit single ‘bad guy.’

Responsible for penning international smashes ‘ocean eyes’ and ‘when the party’s over’ and producing the No. 1 debut album WHEN WE ALL FALL ASLEEP, WHERE DO WE GO? FINNEAS recently topped the Billboard Hot 100 Producers charts for 5 consecutive weeks, with three songs that he solely produced featured on the Billboard Hot 100. He also ties with his sister at No. 3 on the Hot 100 Songwriters Chart after sharing four total weeks at No. 1. To date, FINNEAS has ruled the Songwriters chart for a total of 10 weeks.

FINNEAS’ trademark production can also be heard on Selena Gomez’ No. 1 single, “Lose You To Love Me,” JP Saxe and Julia Michaels’ collaboration, “If The World Was Ending,” and most recently on “Used To This” (which he also co-wrote) and “First Man,” both featured on Camila Cabello’s sophomore album, Romance.

FINNEAS recently released his debut EP, Blood Harmony. Written and produced entirely by himself, the seven-track collection exemplifies his skills as a songwriter, showcasing his knack for effortless, heartfelt storytelling, paired with his rousing signature production.

After recently completing his first sold-out North American headlining tour this past fall, FINNEAS will again be joining Billie on her current WHERE DO WE GO? World Arena Tour in 2020.  FINNEAS has also confirmed solo festival performances at Hangout Festival in Gulf Shores, Alabama, Madrid’s Mad Cool Festival and NOS Alive ‘20 festival in Lisbon.