This panel will focus on the breadth of career opportunities available for students in multiple bioscience-related industry sectors including Diagnostics and Medical Devices.The panel will be moderated by John Lewis, CEO of BioOhio, Ohio’s biotechnology trade organization.  Panelists will represent the perspective from multiple industry sectors and entrepreneurs. Each panelist will discuss their career journeys and describe the various roles within their companies for those with bioscience training and experience. Employment opportunities in research and development, manufacturing, communications, regulatory affairs, sales, and marketing will be discussed. The discussion will be followed by a brief Q & A session.

John F. Lewis, Jr., is a 4th generation Ohioan, his family tracing Ohio roots to the mid 1800s. He is a licensed attorney with experience in international business, venture capital investments and economic development. John is an outspoken advocate for industry led, market facing academic/industry collaborations. Now in his 19th year with BioOhio, John has helped raise nearly $1 billion for Ohio bioscience entities. He was a founding partner of the First Fifty Fund and Ohio TechAngel Fund both based in Columbus. John has more than 18 years of international experience, lived in Jamaica, Korea and China, the latter two with Perkin Elmer, while traveling to more than 42 others. John is a graduate of Miami (Ohio) University and Capital University Law School.

Jon J. Snyder is the Founder and Executive Advisor of Neuros Medical, Inc., a Cleveland, Ohio based medical device company focused on developing proprietary therapies for unmet needs to patients worldwide.  Snyder led Neuros through the past several years of development, raising $35 million in venture capital and strategic partner investment. The company’s patented platform technology, Electrical Nerve Block, is focused on elimination of chronic pain in a variety of applications.

Snyder also serves as an Executive-in-Residence with BioEnterprise, a Cleveland, Ohio based bioscience accelerator organization where he is focused on new company formation and support, helping to move new medical device technologies and applications through development and commercialization.

He holds over 25 years of global management experience in biomedical and healthcare sales, marketing, and operations with significant experience in bringing new products into the marketplace.  His background covers business development, product development, market management, sales management, venture capital investment, and fundraising at start-up and Fortune 500 (Top 20) companies including Cyberonics, Cardinal Health, Imalux, and STERIS.  Snyder has a B.S. Communications, 1987 from Ohio University. 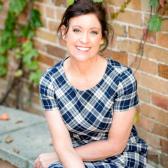 Pam Groen is the founder and CEO of The Business of Science Consulting, a company focused on serial entrepreneurs and startups succeeding in the marketplace. She is an influential global leader with exceptional talents as a scientist and as a strategic business executive.

She has brokered over $500 million in biomedical business transactions, held fiduciary responsibilities in academic, medical and pharmacology intuitions, and has played a central role in the entire lifecycle of multiple stock-market Initial Public Offerings (IPOs).

A hallmark of Pam’s 28-year career is accelerating scientific discoveries into clinical patient care. Her own medical patents are utilized every day. She has authored, co-authored, and been acknowledged in a multitude of publications. Her work is on the cover of over 17 scientific journals.

Pam is honored to have received a multitude of accolades, ranging from an award for the most outstanding contribution to the impact of morbidity in the pediatric community to the National Patient Safety Quality Improvement Award: most positive and critical impact for patient care. She was The National Academy of Inventors' founding inductee for the United States.

Pam states that she would not have achieved so much without the ability to thrive in collaborative, creative communities of diverse talents and experiences. Her most prized award is from the United States Department of Defense (DOD)’s award for her leadership and respect for employee development and retention. This exclusive and prestige award is given to only10 individuals per year.

Her extraordinary path to success and 28 years of experience as fodder for inspiration.

Pam is known for representing her expertise with poise and professionalism.

Dr. Brad Lang has extensive background in drug discovery and development of therapeutics for neurological diseases and injuries.  As an Executive-in-Residence at BioEnterprise, a non-profic biotechnology incubator in Cleveland, Brad supports the initiation and growth of pharmaceutical companies in North East Ohio.  Brad is the VP of Research at Convelo Therapeutics, a Cleveland-headquartered pharmaceutical company developing medicines to treat central nervous system disorders.  As the first employee at Convelo, Brad has helped to grow the venture- and angel-backed company to 10 full-time employees in under two years, resulting in a co-development and option-to-acquire deal with Genentech, Inc. announced in July of 2019.

Prior to his work at Convelo and BioEnterprise, Brad invented a cutting edge regenerative therapy for the treatment of spinal cord injury, becoming the scientific founder of Nervgen Pharma. In this role, he helped raise startup funding for Nervgen, which is now a public company on the Toronto Stock Exchange, and served on its scientific advisory board post-IPO.

Dr. Lang previously served as a scientist on the regenerative medicine team at Athersys focused on clinical advancement of its MultiStem system for ischemic stroke. Dr. Lang received his B.S. in Biology from the University of Wisconsin-Madison and his PhD in Neurosciences from Case Western Reserve University.