Entrepreneurial Artists in the Making

Being an Entrepreneurial Artist: Panel Session

This insightful conversation with 3 notable Ohio artists will feature stories and strategies on navigating pathways of success in the music industry. Hip-hop artist Blueprint , the rising Columbus band Doc Robinson, & avant-pop trio WYD join w/ Eddie Ashworth of the Ohio University School of Media Arts & Studies moderating. All 3 artists will perform that night on the backstage of TB Memorial Auditorium for an exclusive showcase starting at 9pm. Registered attendees get access to both events 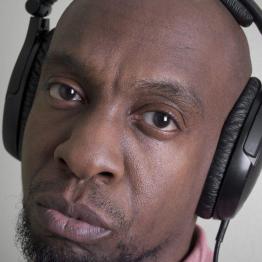 Blueprint, is an underground hip-hop veteran and critically-acclaimed MC and is one half of the duo Soul Position along with producer RJD2. He is also a member of the rap group Greenhous (formerly known as Greenhouse Effect), which currently consists of himself and Illogic.

Blueprint first gained underground attention as a member of the crew Greenhouse Effect, then reached a wider audience when he appeared on the track "Final Frontier" from RJD2’s debut album Deadringer.  Since then, he has released two albums with RJD2 as well as several acclaimed solo albums.

With the release of his sixth solo album, Two-Headed Monster, Blueprint pays tribute to the proud tradition of MC’s who have been equally effective behind-the-boards. From it’s dusty drum breaks and surgically chopped samples, to it’s hard-hitting rhymes, Two-Headed Monster proves that Blueprint’s name is among the best producers to touch the mic in recent history.  The album features an all-star cast that includes Slug of Atmosphere, Wordsworth, Aceyalone, Supastition, Mr. Lif, and Has Lo. His will be on a national tour through this summer. 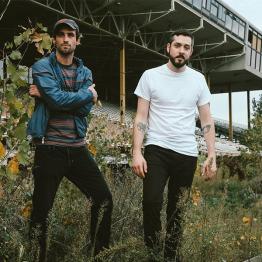 Doc Robinson is a rock and roll band from Columbus, Ohio. They formed in 2016 after a fruitful writing session between founders Jon Elliott and Nick D’Andrea, and since then have released four EP’s and two full length albums. They have toured most of America opening for the Columbus based Americana trio, CAAMP as well as The Dustbowl Revival and Paradise Fears. In their time on the road first as a duo, then as a full 5 piece outfit, they solidified their core lineup with George Barrie serving as lead guitarist and co-producer, Aaron Bishara on drums, and Jeff Bass on (you guessed it) bass.  They’ve also had several of their songs featured on national television shows. Most notably when their song Break My Fall was featured on the Netflix show Bojack Horseman. They are currently working on a third full length album due out in April 2019. 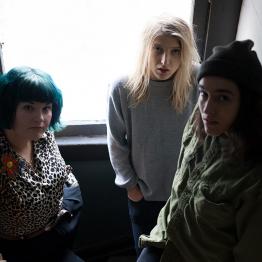 WYD is an avant-pop production trio comprised of singer/guitarist Carly Fratianne, multi-instrumentalist Carly Fratianne, and drummer Courtney Hall.  Recently heralded by Columbus Alive as “a band to watch in 2019”, their primary focus is to channel genuine cathartic expression into powerful, evocative pieces by blending organic and synthetic sounds into harmonically-rich textures, and pairing them with painfully honest lyricism and haunting vocal delivery. 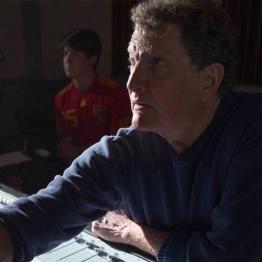 A native of Southern California, Eddie Ashworth is a thirty year veteran of the music industry and has produced, recorded or mixed innumerable albums and singles, including those by such popular international artists as Sublime, Pennywise, Izzy Stradlin (of Guns ‘n’ Roses), The Long Beach Dub Allstars, Tommy Shaw, Great White, Unwritten Law, Dokken, Frenzal Rhomb, Eastern Youth, Pink Noise Test, and many others. He has produced sessions in many major studios in the United States, as well as facilities in Japan, Australia, England, Denmark and Ireland.

He has continued his production career since joining the faculty in 2003, both at his private studio outside Athens as well as at The School of Media Arts and Studies’ own world-class multitrack recording studio, MDIA Sound. He is the recipient of numerous platinum and gold sales awards and is a voting member of the National Academy of Recording Arts and Sciences (NARAS), The International Association for the Study of Popular Music (IASPM), and the Audio Engineering Society (AES), Association for the Art of Record Production (ASARP) and, as a songwriter, is affiliated with Broadcast Music, Inc (BMI).  In 2011, Eddie was named to the Editorial Board of the Journal for the Art of Record Production (JARP) where he served as a Board Member until 2015.