A Life in the Grammys with Ken Ehrlich, Grammys Executive Producer Moderated by Josh Antonuccio

1:00 – A Life in the Grammys with Ken Ehrlich, Grammys Executive Producer Moderated by Josh Antonuccio, Scripps College of Communication 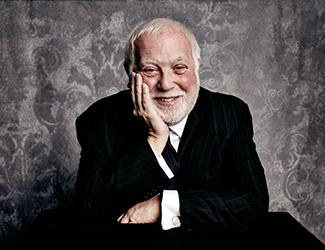 Ken has produced 39 Grammy shows, 5 Emmy Awards shows, over 150 music related specials, and (roughly) 2500 hours of music related programming for broadcast network, cable, home video and other formats. In recent years, he has gone directly from the Grammy Awards to producing two hour tribute specials two nights later honoring such disparate musical legends as Elton John, Stevie Wonder, the Bee Gees, Frank Sinatra, Aretha Franklin, the 60th anniversary of Motown Records, and just last month he produced the electrifying Prince tribute show in Los Angeles, set for broadcast this spring. In 2020, he celebrates his 40th year of association with the Grammy Awards, and his 46th anniversary as a television producer.

Although the Grammy Awards may be what he’s best known for, his 45+ year career has taken him from venues as large as Texas Motor Speedway (350,000 people for Rockfest)  and Wembley Stadium (80,000 for the Free Nelson Mandela  Celebration), and  Times Square (400,000 people for the NFL kickoff show), to intimate venues such as the East Room of the Obama White House (250 people), and at the very beginning, the compact studio of Chicago Public Television (400) people, where he produced the very first Soundstage show, an all star tribute to blues legend Muddy Waters. And  shows along the way in most major indoor and outdoor venues from Melbourne, Australia to Chicago’s Grant Park,  to the  Brandenburg Gate, where he did a show the year after the Berlin Wall came down. 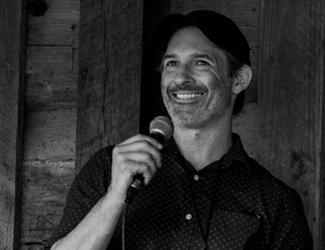 Josh has spent the last two decades in the music and media industry as a producer, engineer, musician, journalist and media and technology adventurist. He teaches Recording Industry and Music Production courses and has created multiple Place-Based courses for Ohio University, including the OHIO SXSW trip, MDIA Production Masterclasses in Austin and NYC, and the newly created Bonnaroo/Forecastle Music Industry Masterclass. Since 2004, he has been the owner of 3 Elliott Studio where he has produced, engineered, and performed with a multitude of signed and independent artists and has worked on post-production for nationally-distributed films.

He has interviewed notable creative media leaders for numerous news outlets and is the creator and host of the Scripps Visiting Artist Series, which he co-produces with Bob Boilen of NPR Music, bringing prominent artists to Ohio University for interview and performance events. Antonuccio is the producer and host of The WOUB Public Media Gladden House Sessions, the widely-heralded music and interview video series shot live at the Nelsonville Music Festival.

Antonuccio is a GRAMMY-voting member of NARAS, a member of ASCAP and AES, and advises both the Women in Music Industry student organization and advises and oversees Brick City Records, Ohio University's premier student-run record label.