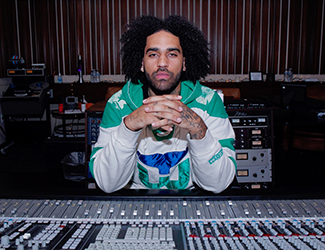 A multiple Grammy award-winning mixing engineer whose ground-breaking work has been heard across scores of releases by iconic hip hop artists. Ali is the resident engineer of Top Dawg Entertainment, and for over a decade he has been a creative force behind many of the biggest albums and singles in the hip hop genre, including the entirety of Kendrick Lamar’s discography (Damn, To Pimp a Butterfly, Good Kid, M.A.A.D City, & Section.80), Childish Gambino’s This is America, The Black Panther Soundtrack, Cardi B’s Invasion of Privacy, Mac Miller’s The Divine Feminine and acclaimed albums by SZA, Kanye West, Nipsey Hussle, Roddy Ricch, Jay Rock, School Boy Q, and Snoop Dogg. A disciple of Dr. Dre, Ali is regarded as a standalone engineer in his field and a true original in the art of record making.  He is the CEO of Engine Ears, a company he started in 2018 to help support and educate the upcoming generation within the recording engineering and pro audio community. 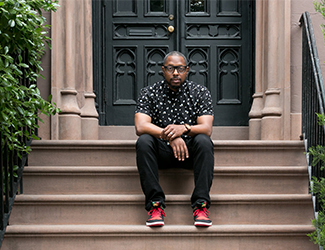 An award-winning music journalist, senior editor, curator and pop culture commentator. He is at work on the highly anticipated cultural biography of Pulitzer Prize-winning artist Kendrick Lamar, The Butterfly Effect: How Kendrick Lamar Ignited the Soul of Black America, to be published by Touchstone, an imprint of Simon & Schuster. In June 2017, Moore's "letter to Kanye West" won a national Edward R. Murrow Award.

Speaking with The Independent about his forthcoming book, Moore said “My book details the artist’s coming of age as an MC, how he helped resurrect two languishing genres (bebop and jazz), his profound impact on a racially fraught America, and his emergence as the bonafide King of Rap.”

Moore’s writing on music can be found in Pitchfork, The Nation, NPR and The Atlantic, the Washington Post's newspaper and magazine, Complex, MTV and BBC Music.  His features and reviews of mainstream albums appear in Paste, The Washington City Paper, Rolling Stone and Billboard. He’s written features and breaking news pieces for WTOP-FM in D.C., and has curated nationally syndicated playlists for Google. He discusses new music live on FM radio, and contributes to several local and national podcasts. Moore was invited to Moogfest 2017 to interview Dr. Dre collaborator Colin Wolfe as part of its program.

In 2009, he launched his own site—DMV Spectrum—which covered music and entertainment in D.C., Maryland and northern Virginia. A year later, Marcus was hired as lead editor of AOL's Patch website in Upper Marlboro, Maryland. Moore launched the outlet, covered local meetings and leveraged his social media presence to build the site's readership.

Originally from the Washington, D.C. area, and now living in Brooklyn, New York, he's covered business, politics and education for the Gazette newspapers in  the D.C. suburbs, and is now a senior editor at Bandcamp Daily, the editorial arm of the noted online music service.