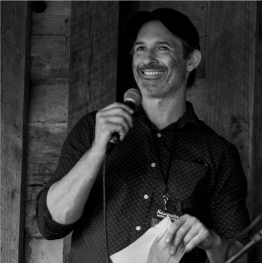 Josh Antonuccio has spent the last two decades as a music producer, musician, audio specialist, studio owner, and media journalist. Originally from Pittsburgh, PA, he is the owner and operator of 3 Elliott Studio, a thriving music and post-production studio in Athens, Ohio. Josh previously supervised the Music Business and Production Program at Hocking College, where he established an innovative music and media industry curriculum and oversaw the expansion of experience-based music industry education.

Josh has worked as a producer and engineer with a multitude of signed and independent artists and has worked on sound design for both short and feature-length films. With an abundance of both music and film credits to his name, his releases have been featured in various films, commercials, and TV shows, as well as news outlets including Pitchfork, NPR, Paste Magazine, VH1, MTV, The Onion/AV Club, Stereogum, and Magnet Magazine. He has been a member/producer of two bands that courted signing deals with independent labels, respectively with French Kiss Records (Passion Pit, Bloc Party) and Misra/Absolutely Kosher (Phosphorescent, Great Lakes Swimmers).

Josh has contributed music and media industry stories for PopMatters and has had his work featured in Fast Company Magazine, McClatchey News Service, Tape Op Magazine, The Journal of the Art of Record Production, Craftsmen Radio, and VH1. He is a frequent contributor to the regional NPR-affiliate, WOUB Public Media, providing coverage for national and regional music stories and interviews with national music figures. He is the producer and host of "The Gladden House Sessions", a partnership with the Nelsonville Music Festival and WOUB Public Media, which allows MDIA students to produce live interview and performance sessions with national and regional artists. The series recently celebrated its 4th year of production and has been recognized as a widely popular online music series.

Josh oversees the Ohio University South by Southwest experience trip, a class that brings Ohio University students to the largest national media industry gathering in Austin,TX. Learning firsthand from those shaping today's music industry, students gain unparalleled insight and opportunities and network with leaders from all areas of the music industry. Josh also coordinates the MDIA Music Production Master Class, an exclusive opportunity which provides a one-week apprenticeship for music production students with a recognized music producer in a leading national studio. Students in this class have been working primarily with Jim Eno, producer and drummer of the iconic band Spoon at his studio Public Hi-Fi in Austin,TX.

Josh is the host of the Scripps Visiting Artist Series, which welcomes leaders in the music industry for on-stage, live-streaming interviews on the campus of Ohio University. Past guests have included Sharon Van Etten, Bob Boilen of NPR Music, Ira Kaplan of Yo La Tengo, Jim Eno of Spoon, John Paul White of The Civil Wars, and Thomas Golubic, the music supervisor behind numerous ground-breaking shows including Breaking Bad, Better Caul Saul, The Walking Dead, and Halt and Catch Fire.

Josh is the faculty advisor of Brick City Records, the student-run record label in the School of Media Arts and Studies, as well as WIMI (Women in Music Industry), a student organization that provides networking and mentorship opportunities for female OU MDIA students pursuing careers in the music business.

He is a Grammy-Voting member of NARAS (National Academy of Recording Arts and Sciences), an ASCAP-affiliated songwriter (winning a new songwriters award in 2001), and a member of AES (Audio Engineering Society). Josh also serves on the advisory board for Groove U, a revolutionary 2-year music industry school in Columbus, OH.

His specialty in teaching includes introductory, intermediate, and advanced studio classes in ProTools and Logic; core classes on the business of music; revenue streams of the emerging music industry; and sound design and production for virtual and augmented reality.

Josh helped to co-found the Immersive Media Initiative (IMI) in the Scripps College of Communication, made possible through a near-million dollar innovation grant from Ohio University. He has overseen the development of the audio production resources in the Game Research and Immersive Design lab and has worked on ambisonic sound production and mixing for projects across numerous disciplines including film, music, health care, paleontology, journalism, and psychology. The IMI’s work with Virtual Reality in capturing real world emergency room traumas has been featured in numerous press stories including The Huffington Post, The Columbus Dispatch, and Cardinal Health.