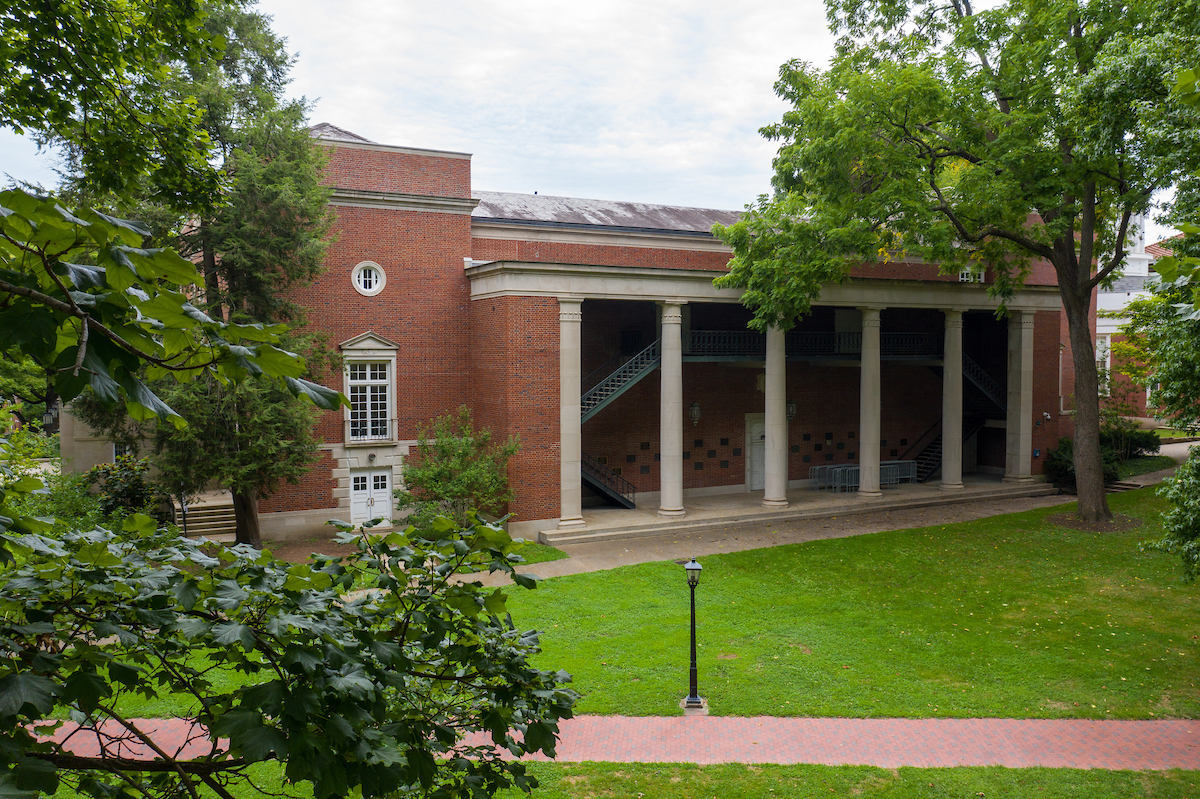 #4
on the campus map

Templeton-Blackburn Alumni Memorial Auditorium is located in the College Green, coordinates H-4 on the campus map. It is marked as #4 on the map.

Construction on the building began in 1927 and was completed in 1928. The auditorium seated 2,500 people with a large stage, and 12 dressing rooms. In later years, Continuing Education, Conferences, and Workshops were housed in the basement and Public Occasions on the second floor. On the College Green side of the building, bronze plaques commemorate such distinguished visitors as Martin Luther King Jr., Eleanor Roosevelt, and U.S. Presidents Eisenhower, Kennedy, Johnson, and Carter. The auditorium closed in December, 1996, for major renovations, and re-opened in the Fall of 1999.

John Templeton was born a slave in 1805 and freed in 1813. He graduated from Ohio University, with an A.B. in 1828, being the first black man to do so and the fourth African-American to graduate from a U. S. college. He was an educator and co-edited "The Mystery" a black newspaper.

Martha Jane Hunley Blackburn was the first black woman to graduate from Ohio University, with a B.S. ED. in 1916. She majored in English and Literature with a minor in Home Economics. She taught Home Economics in Ohio and West Virginia.