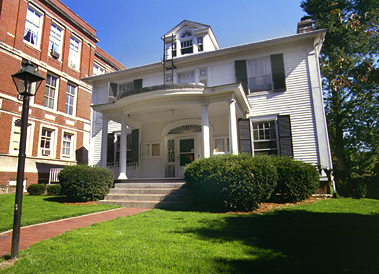 Mckee House is located in the College Green, coordinates I-4 on the campus map. It is marked as #14 on the map.

Built in 1900, it was used as a family residence until Ohio University purchased the property in 1957 from Constance G. Mckee. After major renovations it was occupied by the Comparative Arts and Psychological Departments. In 1981, it became the home for the Personnel Department that is now known as the Human Resources Department. In 2002, University Human Resources moved their office to the new building on West Union Street, opposite the HDL Center. Graduate Studies used Mckee House from 2003 through 2009.