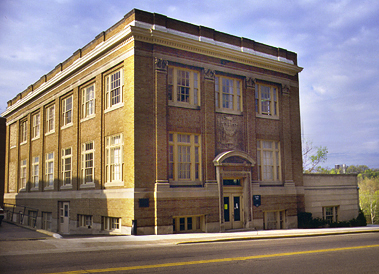 Lasher Hall is located West of Chubb, coordinates G-3 on the campus map. It is marked as #33 on the map.

Lasher Hall was named in honor of George Starr Lasher, founder and Director of the Ohio University School of Journalism, who served from 1921 - 1951. Educated at the University of Michigan and Columbia University, he began his professional career at the age of 12. At that time he was a correspondent from his home town for the Kalamazoo, Michigan, Gazette, in a city of 40,000 people. He was past National President of Theta Chi Fraternity, editor of "The Rattle of Theta Chi", and founder of Greek Week. He authored several English and Journalism textbooks. His major contribution to journalism education was to take students out of the classroom and put them to work at the Athens Messenger, where they received hands-on training.

George Starr Lasher was the founder of Theta Chi Fraternity at Ohio University, and later became the National Fraternity President.