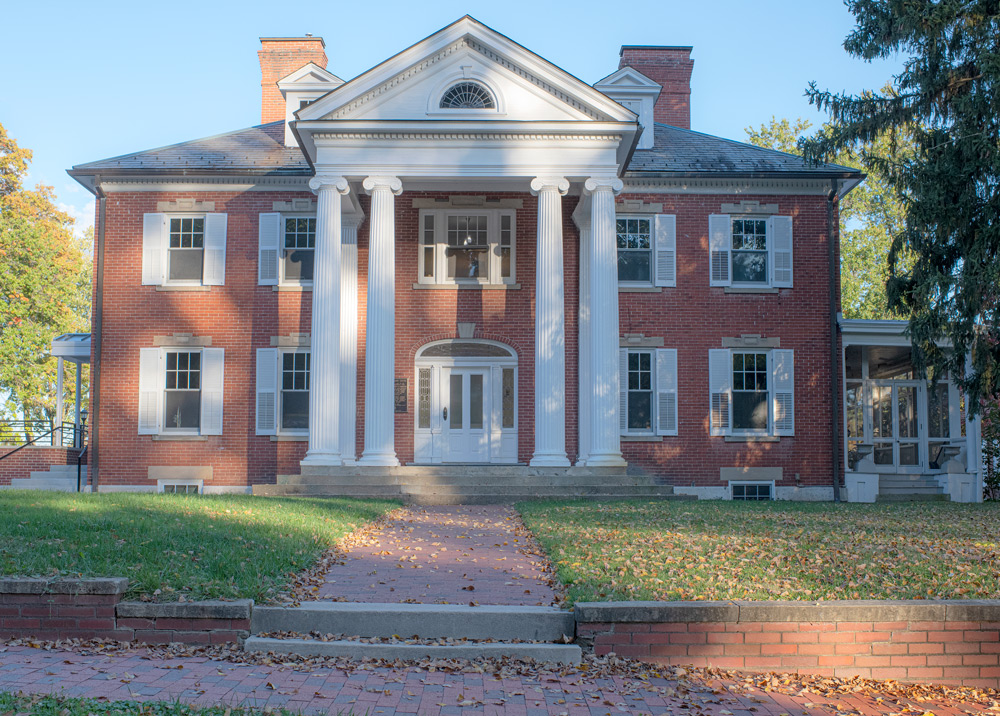 Konneker Advancement and Alumni Center is located in the College Green, at coordinates I-4 on the campus map. It is marked as #15 on the map.

Konneker Advancement and Alumni Center houses central University Advancement administration, the Alumni Relations Department, and the National Student Alumni Board. The center has become a symbol of the dedicated support of many Ohio University alumni and friends.

Konneker Alumni Center, formerly the Grosvenor House, was built in the early 1900s for General Charles H. Grosvenor. The house remained in the family for approximately 50 years, until Constance Leete, Ohio University Professor Emerita of French, donated the house to the Episcopal Church, which then leased it to the University.

In 1980, Dr. Wilfred R. and Ann Lee Konneker made a generous donation to Ohio University, providing funds to purchase and refit the house into the first Alumni Center of Ohio University. At the time, Konneker was the president of the Alumni Association and felt an Alumni Center would serve to focus and strengthen alumni relations. Upon receiving his gift, the Ohio University Foundation negotiated the purchase of the house, and a special gifts and planning committee was formed to restore the newly named Konneker Alumni Center to its original elegance.

Various parts of Konneker were gifts from many alumni, including the restored Harmon, Phillips, Straus, Warming, and Weinburg rooms, the Weinburg Entryway, the Welsh Hallway, the Andrew T. Still Library, the second-floor office area, the Class of 1957 Veranda, and even the original furnishings.

The Konnekers founded the Nuclear Consultants Corporation in St. Louis, MO. He founded or co-founded six additional high tech start-up companies. Mr. and Mrs. Konneker made many contributions to Ohio University, including the Konneker Alumni Center and scholarships.

Wilfred Konneker was awarded the Alumni Medal of Merit in 1964 and named Alumnus of the year in 1979. He was a member of the Ohio University Foundation Board, serving as chairman from 1982-87. He created the Innovation Center for small businesses in Southeast Ohio. He served on the Washington University's National Alumni Board. He also served on the Ohio University Board of Trustees, Board of Directors of the Atomic Industrial Forum, Board of Trustees for the St. Louis Opera Theatre, and the Board of Directors for Zynoxis Cell Science, Inc. He passed away on January 7, 2016 in St. Louis at the age of 93.

Ann Konneker was active in the St. Louis Historical Society, Decorative Arts Society of the St. Louis Art Meuseum, St. Louis Symphony Women's Guild, and St. Louis Opera Theatre. She was also a member of the Board of Trustees of the Richard Gaddis Young Singers Fund. She passed away on July 14, 2020 in St. Louis, MO, at the age of 95.