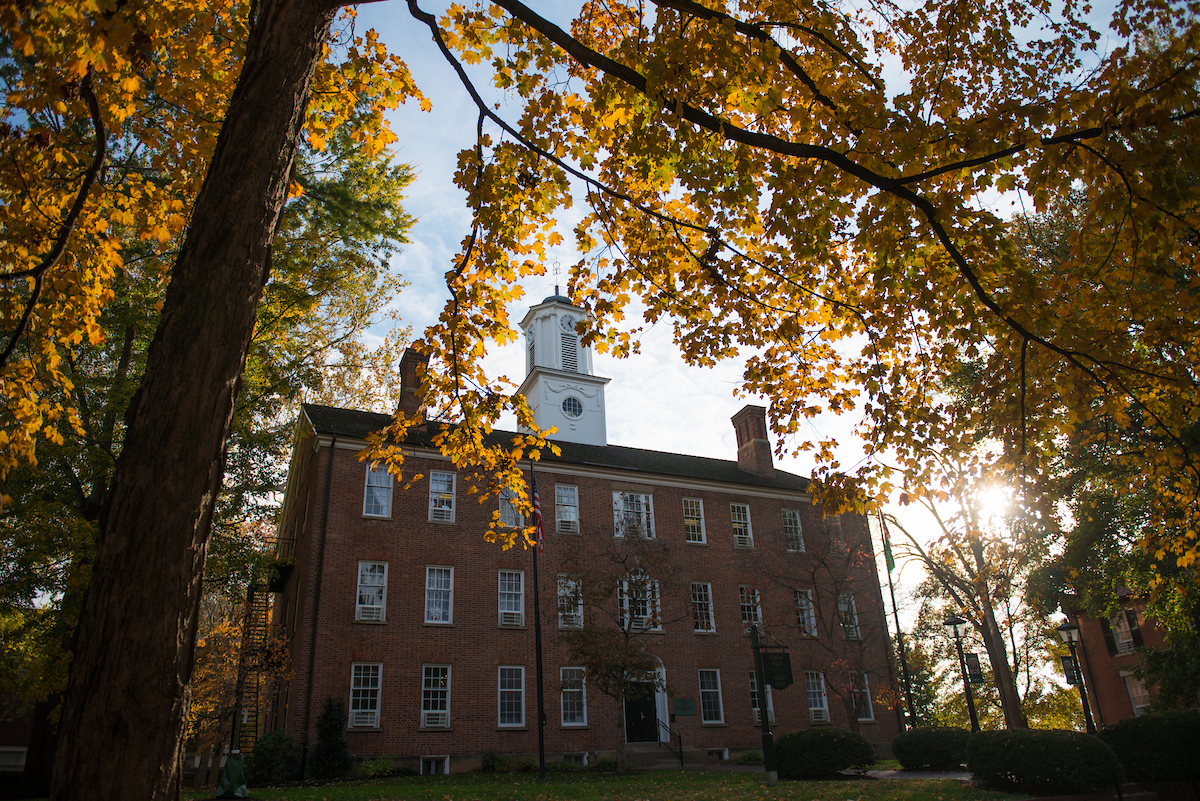 #1
on the campus map

Cutler Hall is located in the College Green, coordinates H-4 on the campus map. It is marked as #1 on the map.

Cutler Hall houses the offices of the president, the provost, and other senior administrative officers.

Built in the late Federalist style, it is the oldest building erected for higher education west of the Alleghenies and north of the Ohio River, on one of the oldest state universities in the nation. The cornerstone for the College Edifice, as it was first called, was placed in the summer of 1816, and work proceeded as the fledgling university's finances permitted over the next two years. Original stonework was set by Pilcher and Francis, contractors (Stephen Pilcher, 1772-1853). In August 1818, the east end of the building was struck by lightning, and it was saved from burning to the ground only by torrential rains. Damage from the fire delayed the opening until September 1819.

Through the years, the College Edifice (also known as the Center Building) served as a dormitory, classroom building, laboratory, library, and museum. Anecdotes about the building and its occupants abound; one story claims that John Brough, who founded the Cincinnati Enquirer  and served as governor of Ohio during the Civil War, kicked a ball over the building while playing an early form of football in his student days.

During an extensive remodeling in 1881, the roof was raised about three feet and an iron gable installed, the small-paned windows lengthened and narrowed, and the handmade bricks painted gray. In 1914, the building was renamed Cutler Hall. The clock on the cupola was a gift of the Class of 1914. Chimes (now operated by tape) replaced a bell that had been rung by hand for more than 130 years to sound the hours and call students to class. Each day at 8 A.M. and noon, the chimes play "Alma Mater, Ohio."

When John C. Baker became president of the university in 1945, the building was considered an eyesore, having been abandoned for classroom use in 1936. He was advised to have it demolished. Instead, it was renovated and restored to its original appearance, including the small-paned windows and original dimensions of the roof. In 1966, it was designated a National Historic Landmark.

Cutler Hall is named in honor of Manasseh Cutler, a man of many talents. He attended school at Yale University, operated a store, practiced law and medicine, and was a minister and a scientist-statesman. He was one of the founders of Ohio University.