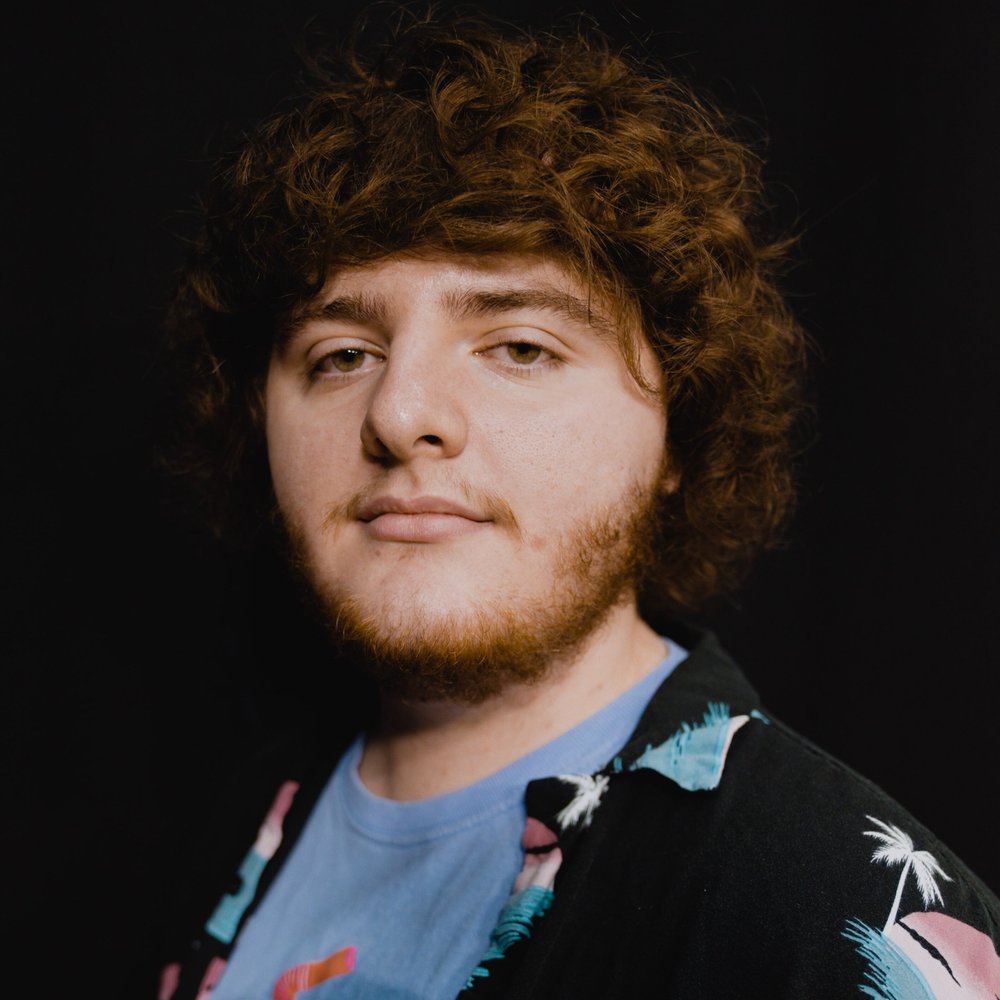 Nathan Cain came from Amsterdam, Ohio to Athens following his music production dreams. He graduates this semester with a degree in music production from the School of Media Arts and Studies in the Scripps College of Communication and an entrepreneurship certificate from the College of Business. In addition to co-founding the band Plastic Lemonade while a student at OHIO, he was involved with Brick City Records, WOUB Public Media, ACRN, and University Concert Band.

What are your next steps or plans for the future?
Alongside my business partner, Kyle Willison, I plan on growing our multimedia studio (The Lemonade Stand) into a massive content hub and rest area for touring musicians. I will also be continuing my music career with Plastic Lemonade while working as an audio engineer for Emily White and Collective Entertainment.

What memory stands out from your time at OHIO?
During opening weekend of my last semester, my band played at The Union with the crowd packed from the front of the stage to the back door. It was our first time hitting capacity at a venue, and hearing hundreds of students singing our music back to us was unforgettable.

Why did you choose OHIO?
It was the only school I could find that had the program and facilities for music production to really grab my attention. I was able to talk all my high school friends who played instruments into joining me or transferring here so we could finally make music like we always dreamed of doing when we were younger.

Who were your favorite professors and how did they make an impact on your life?
I want to start with Paul Mass because that one came as a surprise. I started an entrepreneurship certificate, as I have always known that I want to be self-sustainable and build something on my own rather than seek employment. I fully expected my management courses to be things that weren't exactly interesting and viewed them as things I just needed to learn. I came to love those classes though and really connected with Paul, who is extremely passionate about music. Since having him in class, he has started assisting my business partner and me in developing an independent study to nail down our plans for our studio.

The other professors who were crucial to my time at OHIO are Josh Antonuccio and Eddie Ashworth. Josh provided me with an unbelievable number of paths to develop meaningful connections within the music industry and gain hands on experience. I was lucky enough to travel down as many of those paths as I could. Despite only meeting Josh in person at the end of last year due to most of my courses with him transitioning online, his impact on my future was unparalleled.

As for Eddie, I feel like I truly gained the most knowledge from him in the professor role. Without his courses, I would not have nearly the same levels of confidence in a studio that I have today. One of the most important things I learned from Eddie is how to let my work do all the talking. My favorite class with Eddie was on lyric storytelling. After taking that class, I felt like my lyrical abilities finally clicked and it was a huge turning point for my music.

What was the hardest hill you had to climb (not counting Jeff Hill) at OHIO? And how did you overcome challenges or obstacles in your path?
The day I finished work on the last song for my band's first album, my hard drive crashed. I permanently lost three years of work and all my progress from when I started making music. It really tore me apart and I felt defeated. I pulled myself together after taking time to process what happened and recorded an entirely new album. I did not have much time with it since I wanted it to release before graduation. The album is a summary of my time in school. The opening track is the first recording I ever did. It was the only thing I backed up from the hard drive. Despite it being nowhere near perfect, the album is deeply therapeutic to me, and I hope people can hear the trials of our work in the final product and connect with it.

What are your favorite OHIO memories?
Although I brought a lot of friends with me, meeting new people and getting to know them make up my favorite memories. I got a chance to finally seek out diversity in the people I'm surrounded by and that I work with. Coming from a part of the state that didn't create those opportunities really highlights the importance of different backgrounds and experiences, especially when it comes to making art. Despite not having many social interactions until last year, I can't walk around this campus without people saying hello. It is such an amazing and welcoming community and I'm proud to be a part of it.

What’s the one thing you would tell a new OHIO student not to miss?
A little self-promo, but I have to say a Plastic Lemonade show at The Union. We love to take an audience and completely immerse them in what we're doing. Whether it's singing along and clapping or bringing people on stage to play weird instruments, our goal is to make the experience totally unique. People that support us should feel the same level of excitement that we do when we get to play our songs on stage. If you can't catch us playing, you still need to attend local shows. The bands in this city are amazing and the music scene here is about to take a leap into becoming something big.