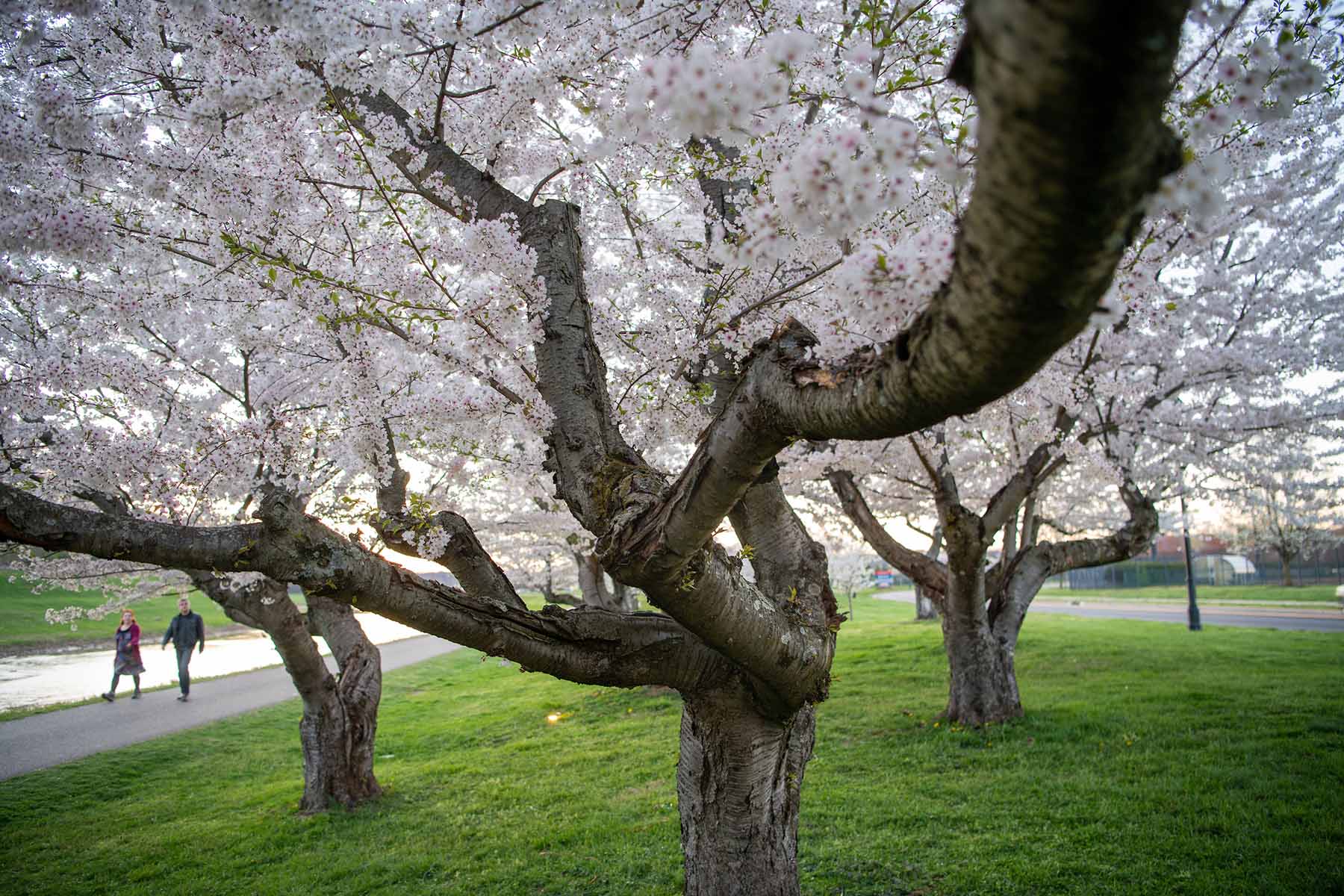 Ohio University is one of the best places in the United States to see cherry blossom trees (at least, according to National Geographic). Over the years, the flowering of OHIO's iconic cherry trees has become a symbol of the arrival of spring in Athens.

Despite an ongoing global pandemic, this year is no different. We wanted to make sure our students, faculty and staff who are currently away from campus have an opportunity to see the marvelous trees, which were a gift from the University's partner, Chubu University in Japan.

"I plant an average of five to seven new cherry trees each year with the goal of keeping uneven ages in the stand, so that hopefully we never lose too many in one location due to old age," said Susan Calhoun, OHIO's landscape coordinator.

Each spring, OHIO lights up the area around the cherry trees near the Hocking River and the Convocation Center in the evening hours when the trees begin to blossom. This year, the lighting took place on Friday, March 27.

For the past four years, the LED lights have been powered by an environmentally friendly electric panel instead of an old, noisy diesel generator, that had to be filled up with fuel regularly and turned on and off. The current lighting system is on a timer that turns the lights on and off and draws power from OHIO’s Bob Wren Baseball Stadium.

In past years, the Japanese Student Association hosted a Sakura Festival in conjunction with the blooming of the trees. The annual festival allowed the students to showcase the trees along with their Japanese culture. The ceremony also signaled the Japanese New Year, which begins in April.

For additional information on the cherry trees, please visit www.ohio.edu/cherryblossoms. 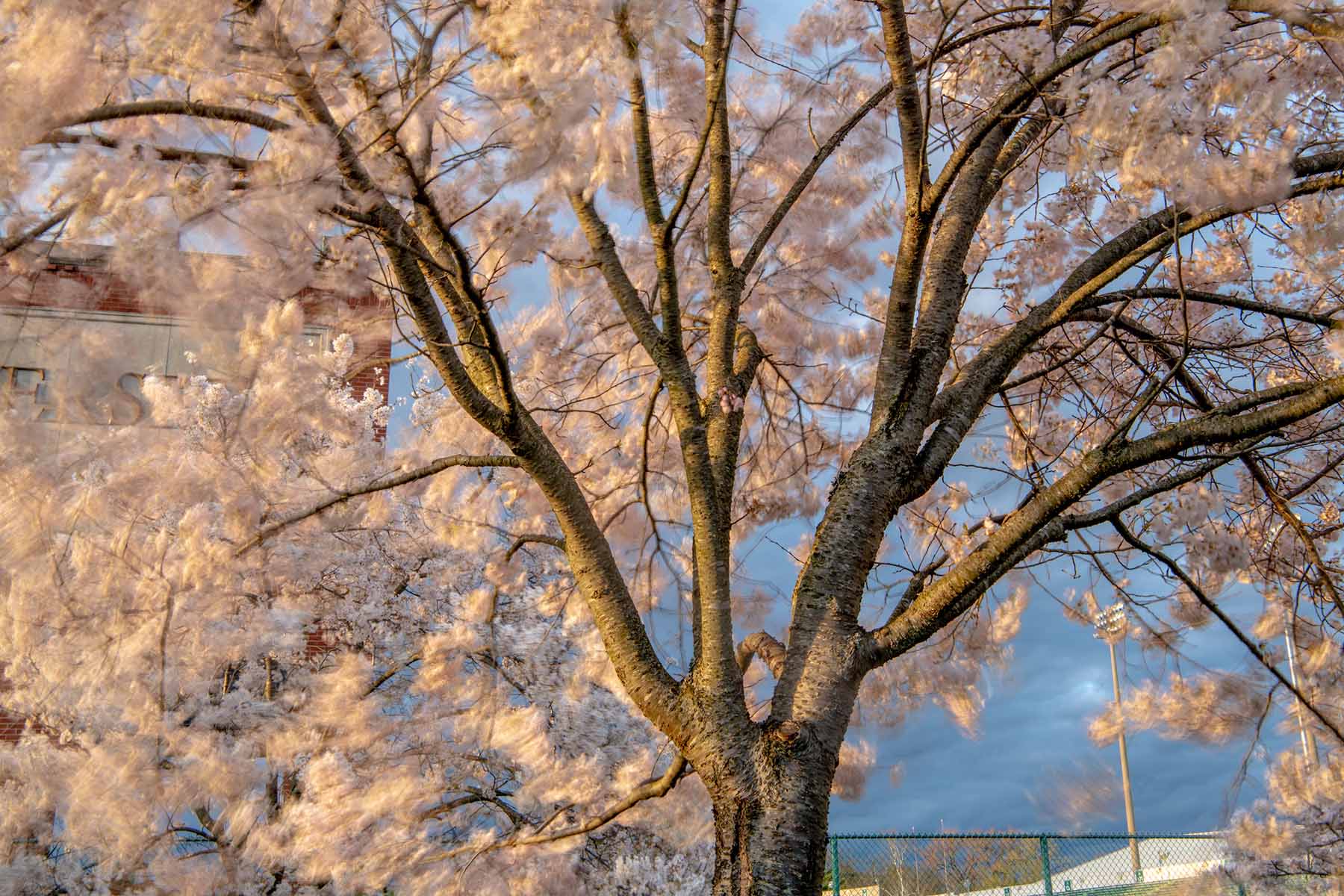 A flowering cherry blossom tree moving in the breeze. 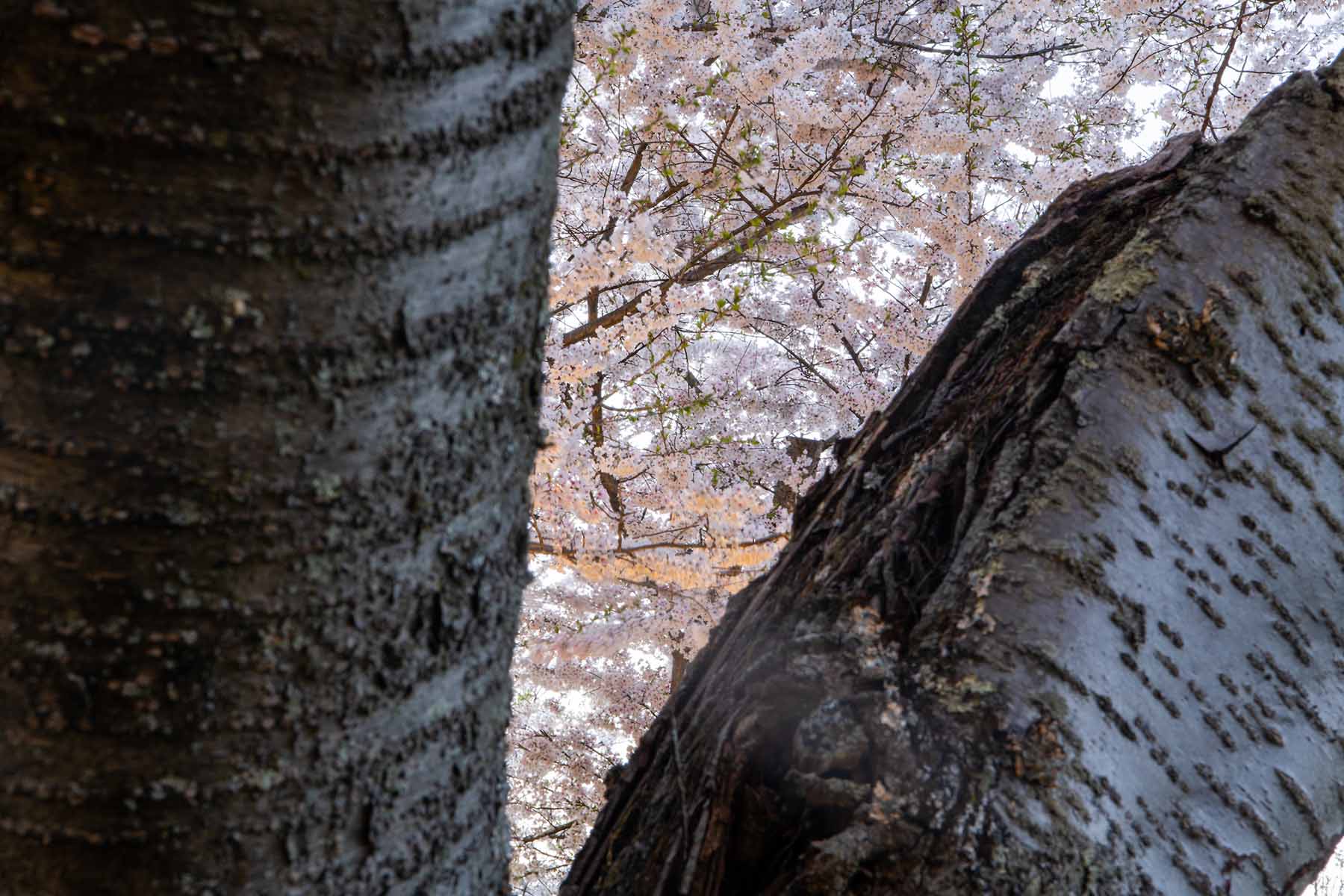 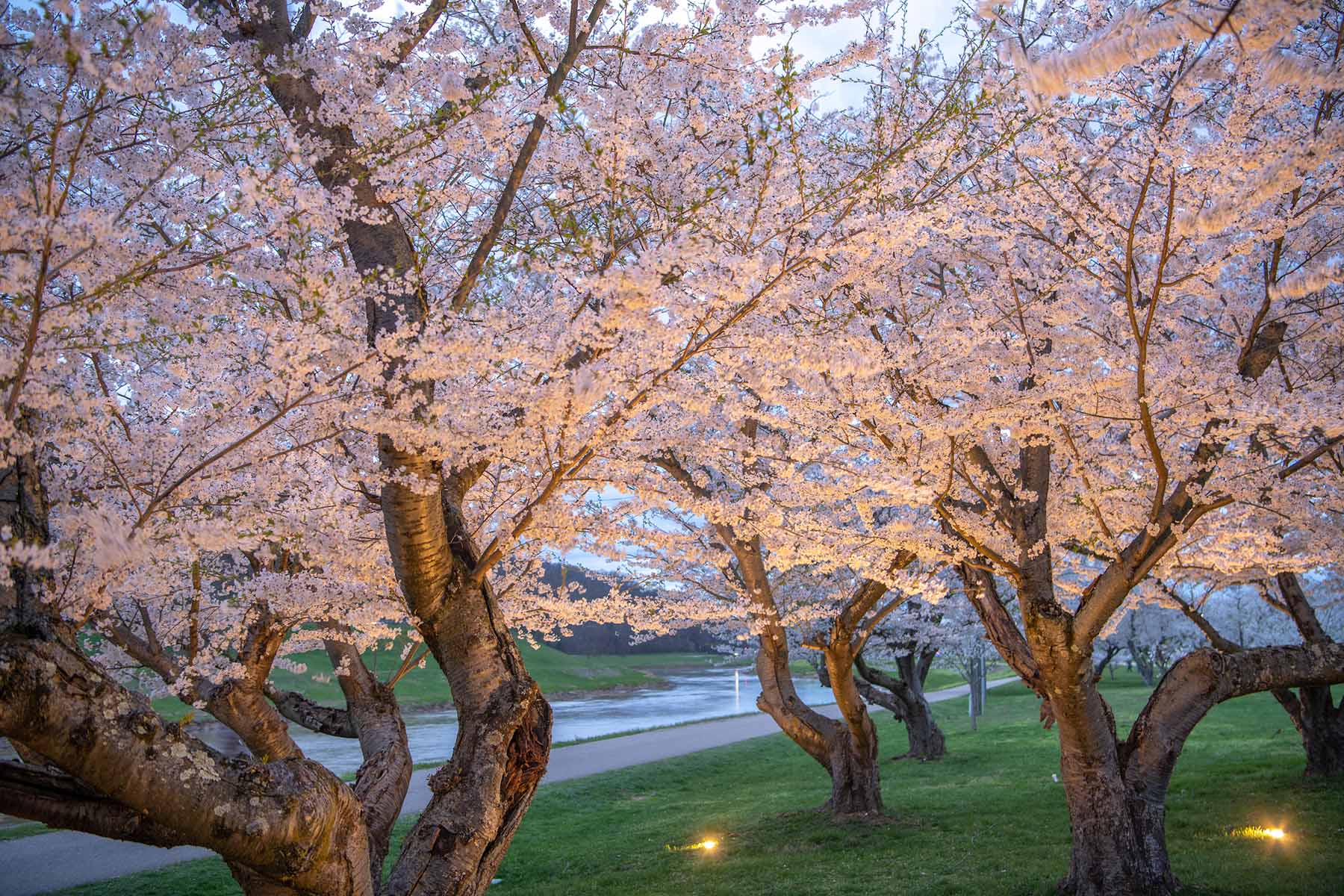 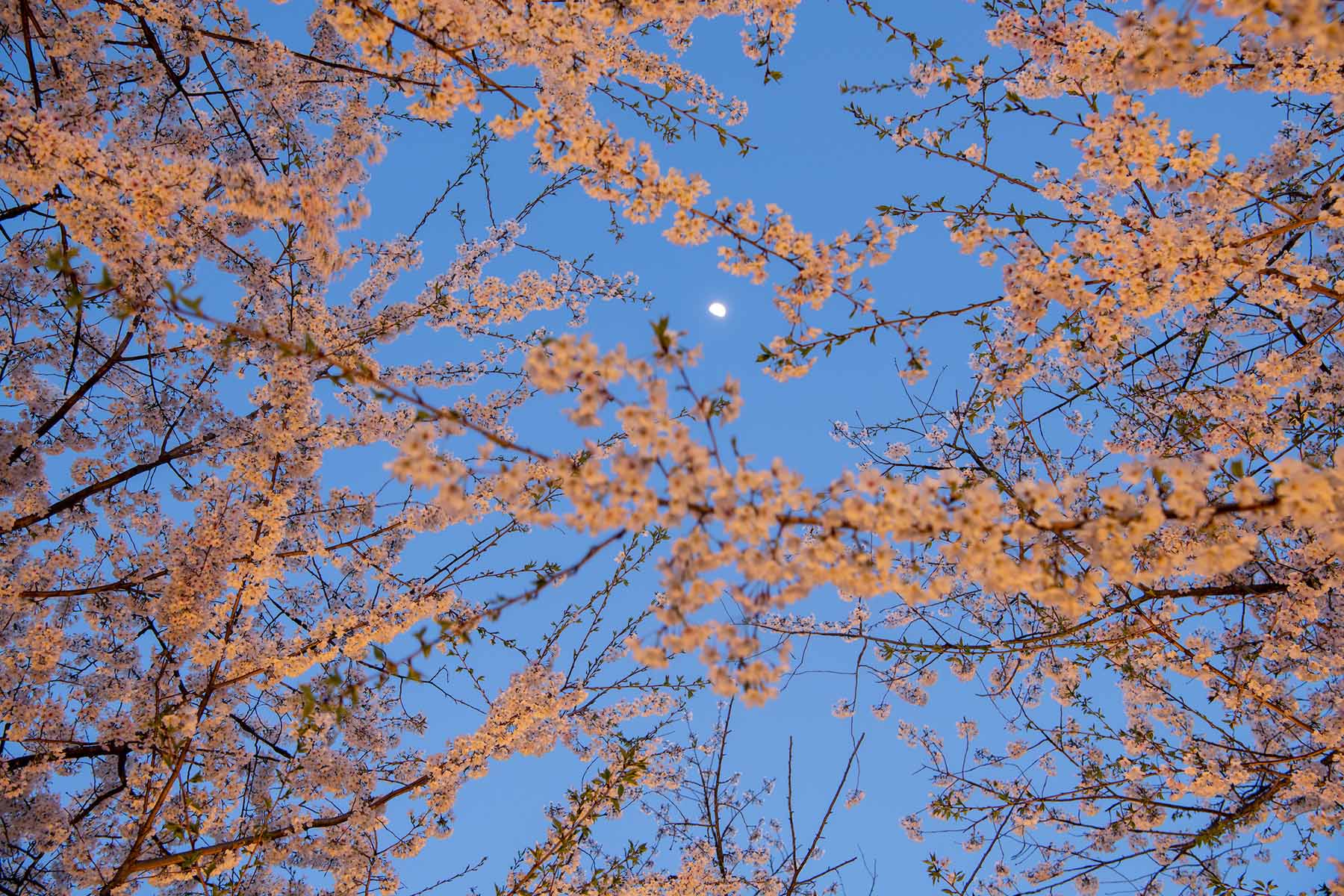 A view of the moon through cherry blossom flowers. 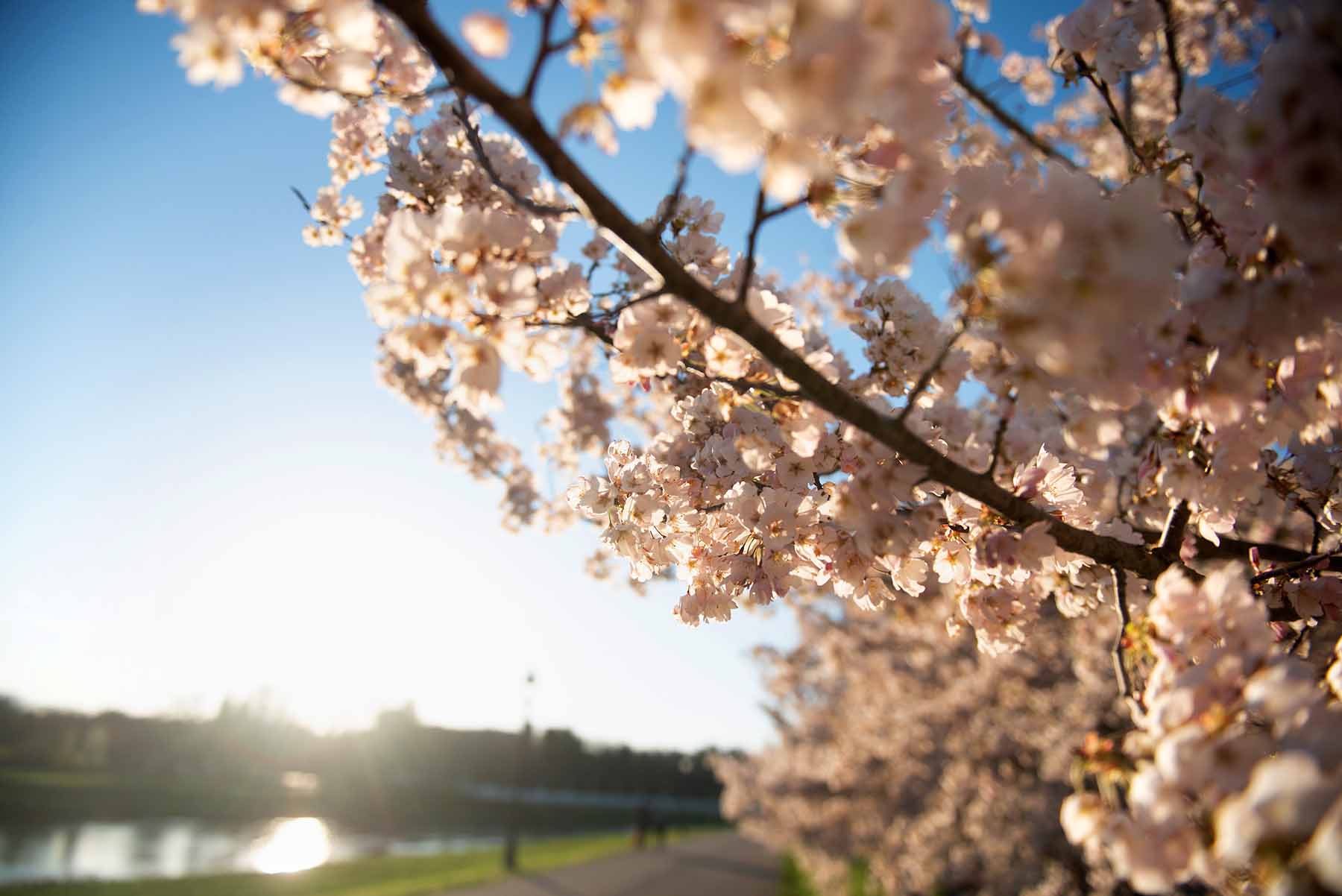 A setting sun as a backdrop for flowering cherry blossom trees. 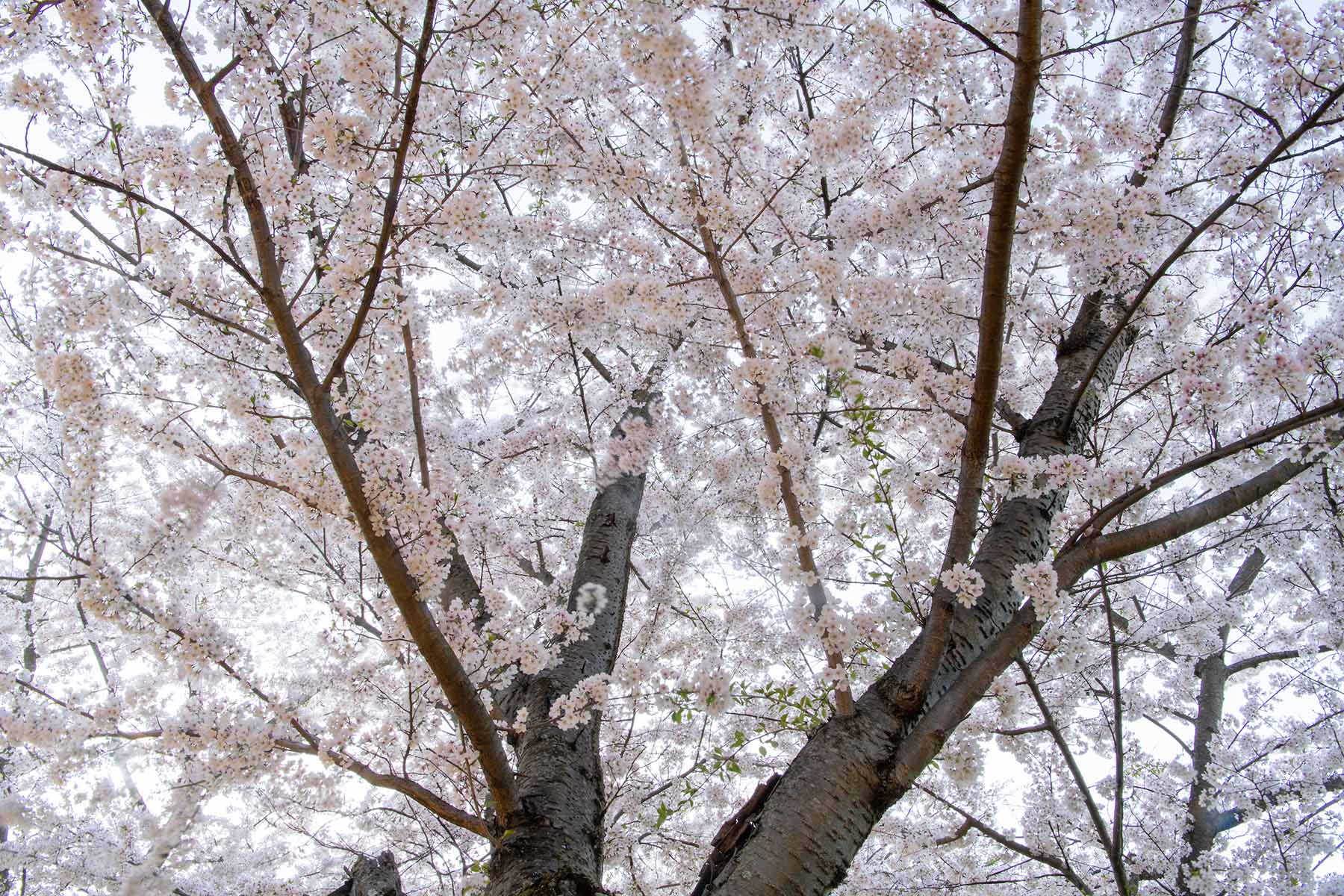 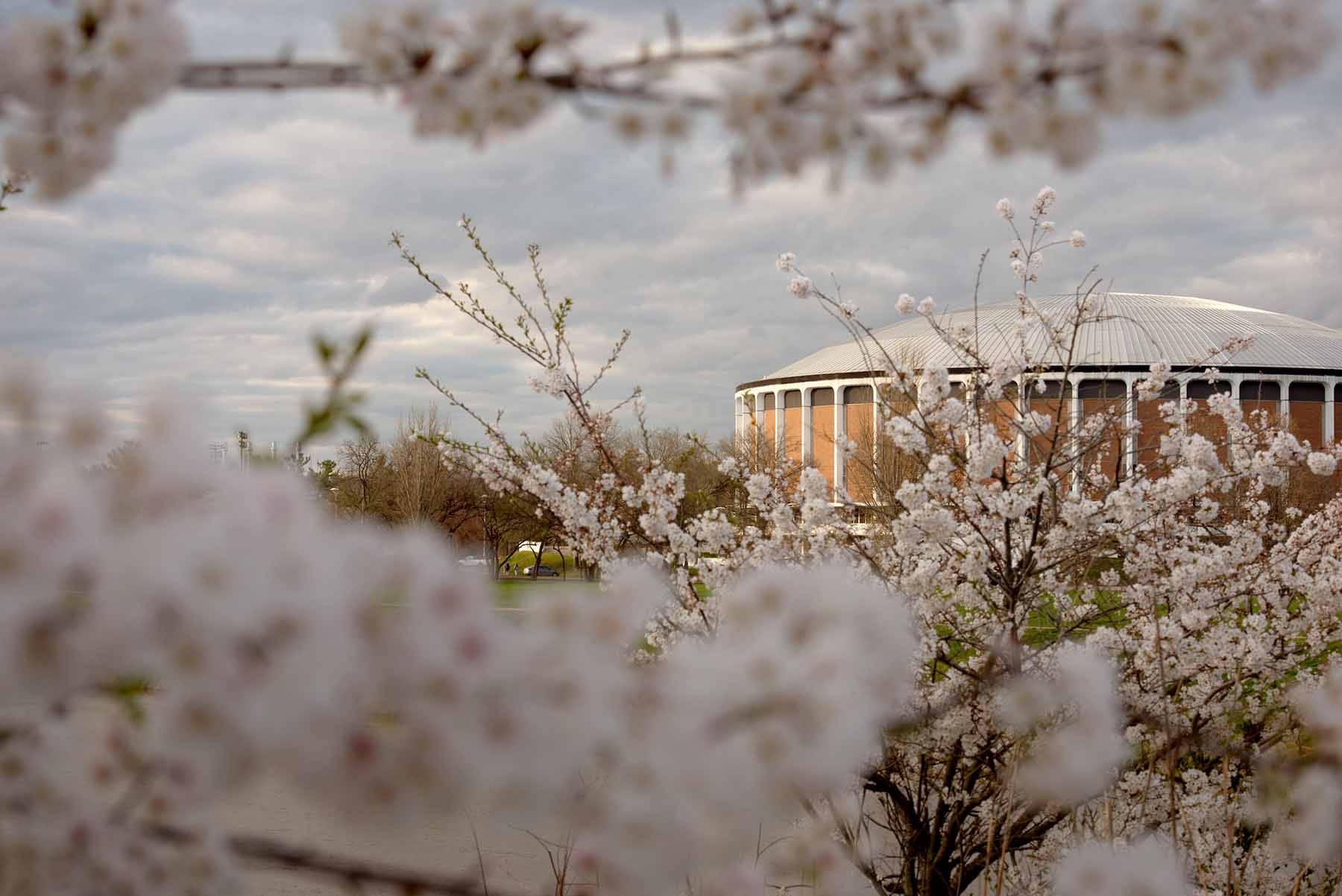 The Convocation Center at Ohio University as viewed through flowering cherry blossoms. 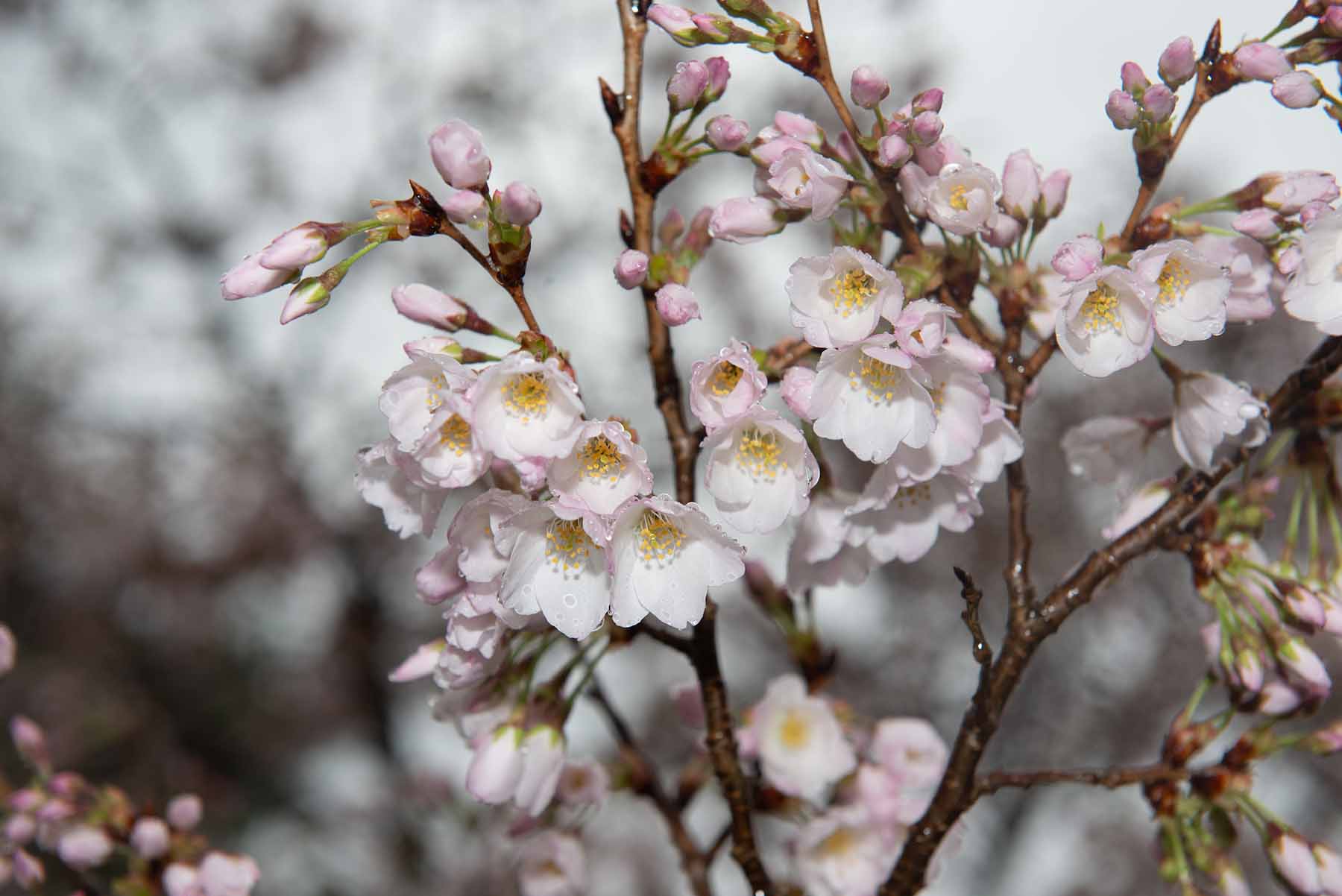 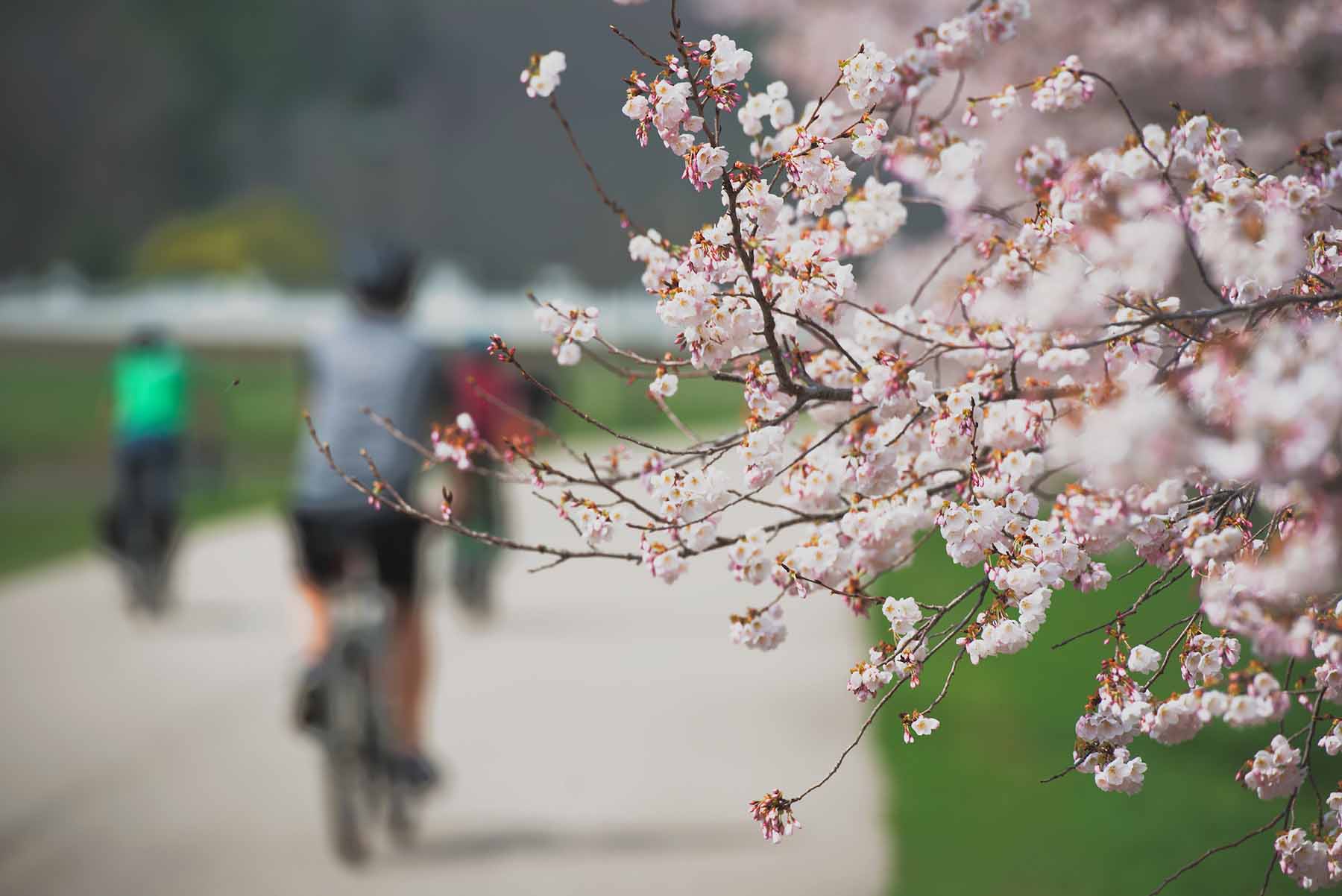 Out of focus cyclists going past a flowering cherry blossom tree. 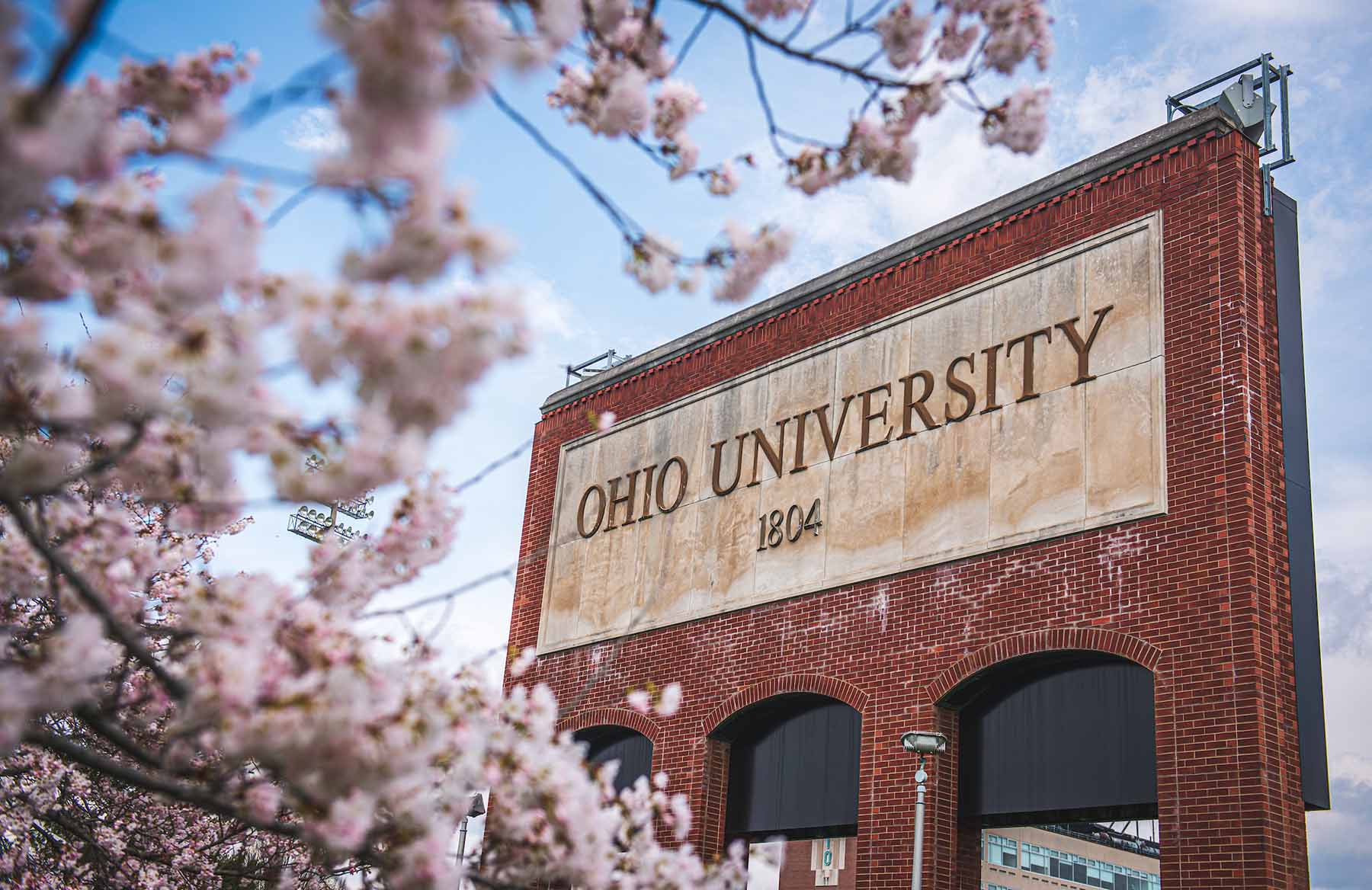 OHIO one of the best places to see cherry blossoms in U.S. according to National Geographic