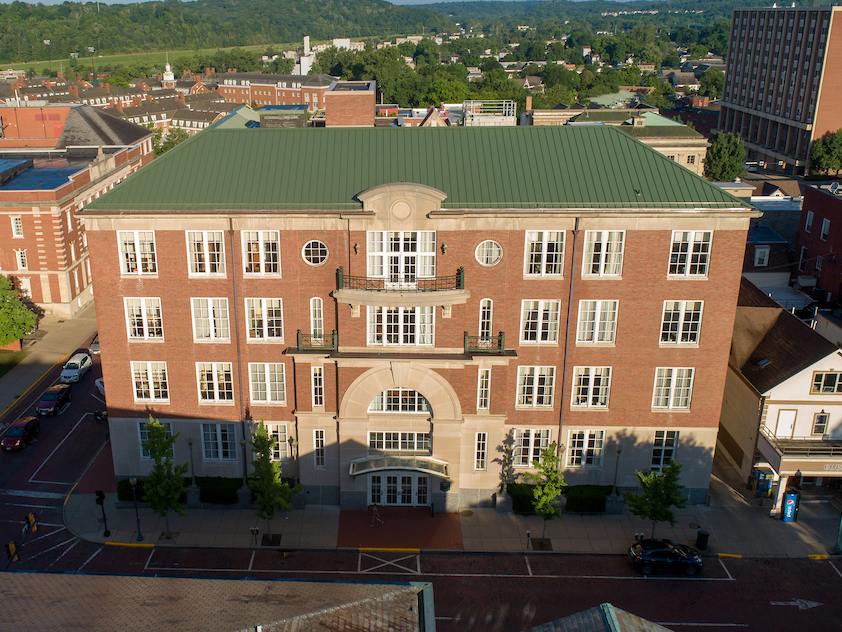 Copeland Hall is located in the College Green, coordinates G-3 on the campus map. It is marked as #29 on the map.

Copeland Hall was named in honor of Charles Moffet Copeland. He was educated at Hagerstown College and Scioto College, both in Ohio. He received the degree of Bachelor of Pedagogy in 1896. He came to Ohio University on a scholarship and became a part-time instructor the first day he arrived on campus. Later he was principle of the Commercial Department. When it was reorganized as the School of Commerce, he was named Director.