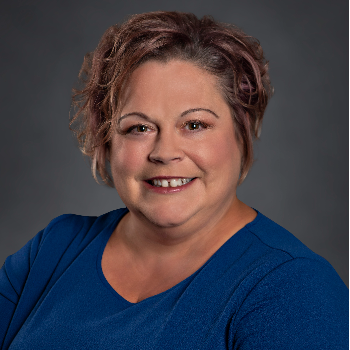 Misty Crosby joined Ohio University’s Voinovich School of Leadership and Public Service as a Senior Executive in Residence for Local Government Services in September 2022. In this role, she will assist in supporting local governments, most notably those members of the Mayors Partnership for Progress; work to strengthen relationships with key partners and organizations, and intentionally seek ways the Voinovich School can support the efforts of key partners and organizations.

Crosby previously served with the Buckeye Hills Regional Council and retired as Executive Director in August of 2022. In this role, Crosby led a 65-member team in their efforts to bring resources and affect positive change in state and federal policies and programs important to local governments and communities in rural Southeastern Ohio. Under her leadership, Buckeye Hills Regional Council facilitated the investment of more than $625 million in its eight-county region from 2007-2021.

Representing the Midwest Region of the country, Crosby serves as President of the National Association of Development Organizations (NADO) Board of Directors and as President of the NADO Research Foundation. Crosby has served as President of The Development District Association of Appalachia and also served as Chair of the Training Committee. Crosby also was appointed to Ohio University’s Board of Trustees as its first Regional Trustee. She was appointed by Governor Mike DeWine to the Ohio Advisory Council on Aging and she currently serves on The Hippodrome/Colony Historical Theatre Association Board of Directors and is also a member of The Executive Order of the Ohio Commodore.

She resides in Belpre, Ohio with her husband Dave.