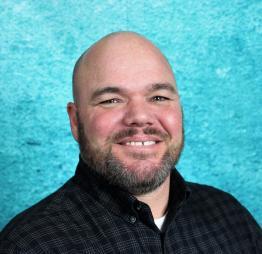 Terry St. Peter is the Director for the Brigadier General James M. Abraham & Colonel Arlene F. Greenfield Veterans and Military Student Services Center.  He is an Army Veteran and Military Intelligence professional who served 23 years between 1992-2015.  He completed his Bachelor of Science in Accounting from the University of Southern Maine and a Master of Business Administration from Webster University.  He joined the Veterans and Military Student Services Center in June 2015 as the Coordinator of Veteran Services/Academic Advisor before being named the Director in January 2020. His primary duties include providing strategic leadership for programming and services of the center, providing counsel to the university leadership on all veteran related affairs and policies, ensuring compliance with state and federal regulations, performing duties as a school certifying official for student veterans and military affiliated students, and implementing programs to raise awareness of Veteran Students on campus. His personal interests include hunting, fishing, playing poker, and spending time with his family.