A message from Dean Scott Titsworth 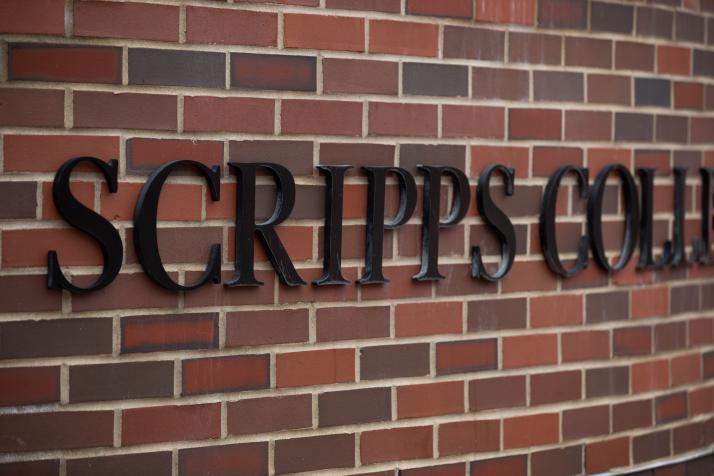 In 2020, the world changed in countless ways—globally and locally. We were all faced with the kind of upheaval that simultaneously shifts our priorities and confirms our core commitments. As the year draws to a close, many things are still in flux and still unknown, but I can look back over 2020 and feel proud of how the Scripps College of Communication has continued to achieve excellence despite what the world threw at us.

Our students and faculty have been unrelentingly creative, unbowed by the challenges of distance and uncertainty. They have developed classes, programming and projects allowing them to stay connected to each other, to their creative and scholarly passions, and to professionals in the field. We are a community of achievers with big plans, and our people didn’t let the global pandemic change that. They hardly even let it slow them down.

As the new year began, 2020 brought several exciting achievements. In late February, students from the college coordinated and ran the always-exciting 48-Hour Shootout where student teams created five-minute films in 48 hours, starting only with an assigned line of dialogue, a prop, and a genre. Witnessing what they create in such a short amount of time underscores the creativity and skill of our students! As the winter continued, we received word that the National Press Photographers Association awarded the OHIO student chapter the Outstanding Chapter Award for the second year in a row. In addition, journalism major and WOUB student reporter Thomas Garverick received an Award of Excellence from the Broadcast Education Association, and Ethan Sands, also a Journalism Major, was selected to represent Ohio University at the prestigious Sports Journalism Institute—he was one of only 16 students selected!

As the semester progressed, the ways that we interacted changed, but our drive for excellence remained. We learned how to hold events and ceremonies virtually, we learned how to broadcast news programs from living rooms, and we used our creativity to chronicle our lockdown experience. What are typically signature in-person events, like the Nelsonville Music Festival, the LA internship program, and the High School Journalism Workshop transitioned to virtual spaces with great success!

Despite the pandemic, our list of accomplishments and accolades grew longer. Photojournalism major Michael Swenson placed first in the nation at the highly competitive National Photojournalism Championship at the 60th Annual Hearst National Championship ceremony. The Ohio University chapter of the Public Relations Student Society of America was named a “Star Chapter” for the seventh straight year! And, in July we learned that Haiyun Jiang, an MFA student, was honored with the 2020 Getty Image Inclusion Scholarship. The work of our students changed, but their drive to become productive and creative young professionals did not. We are so proud of what they accomplished in the face of such adversity.

We are also excited for several of our alumni who received significant awards during the year. Former WOUB/Journalism student, Matt Barnes, was named the Big Brother of the Year in the State of Ohio because of his commitment to helping African American boys experience mentorship. Several alumni including Loren Holmes, Marc Lester, Rick Green, and Erin Clark were on teams that won or were finalists 2020 Pulitzer Prizes. Way to go Bobcats!!!

We welcomed familiar faces to new roles. Dr. Eddith Dashiell, Dr. Julio Arauz and Josh Antonuccio were named school directors in the E. W. Scripps School of Journalism, the J. Warren McClure School of Emerging Communication Technologies, and the School of Media Arts and Studies, respectively. We also welcomed new additions to our academic portfolio, including an undergraduate certificate program in e-sports and post-graduate certificates in crisis communication and media for non-journalists. In September, we were deeply saddened at the passing of our dear friend and colleague, Ralph Izzard, who was a long-time director in the E. W. Scripps School of Journalism.

Overall, we are happy to share these good-news stories from the college, and I look forward to even more in 2021. I would be remiss in the telling of these stories to not thank the many donors of the college who have given of their treasure to help the college in an unbelievably tough year. If you were one of our 2020 donors, please know I thank you for the part you played in our success.

As you consider year-end giving, please give some thought to supporting one of our college-specific funds. I appreciate our far-reaching community and send my gratitude very best wishes to you and yours. Please stay safe and healthy in the days ahead. 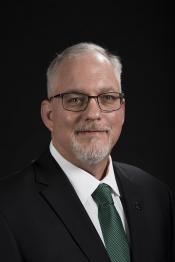