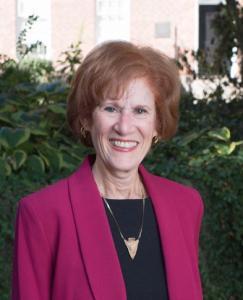 Judith Yaross Lee is Distinguished Professor Emerita at Ohio University. Dr. Lee is an award-winning teacher and scholar who has served as Distinguished Professor of Communication Studies, Charles E. Zumkehr Professor of Speech Communication, and Director of the Central Region Humanities Center. An interdisciplinary Americanist educated at Oberlin College (A.B.) and the University of Chicago (A.M., Ph.D.), she studies popular rhetorics at the intersection of media, social, political, and intellectual history. Her work reflects a transnational view of American culture as a site of ideological contention born of contrast with other places, especially in Europe; she draws on archival and other historical records to build contexts for formal, genetic, and rhetorical criticism. Since 1986 her research program has produced 4 well-regarded university press books, an award-winning encyclopedia of American regional culture, 4 special issues of scholarly journals, 60 peer-reviewed articles in notable interdisciplinary journals and edited volumes, and a series of grants from the National Endowment for the Humanities, the Ohio Humanities Council, and other sources totaling $1.31 million as principal investigator or co-PI for research on American culture through the Central Region Humanities Center, which she has led since its founding in 2001. Lee has contributed to shared governance at Ohio University as a representative to Faculty Senate and the Board of Trustees as well as a chair and member of many departmental, college, and university committees.

Internationally recognized as an authority on American literary humor from Mark Twain to the present, Lee also has expertise in historical and contemporary rhetorics of popular science and technology, including electronic media, as well as in American graphic, radio, and performance humor. Always she examines individual examples in the context of larger cultural concerns, especially political ideology. Her newest book, Twain’s Brand: Humor in Contemporary American Culture (2012), which WorldCat reports has been acquired by libraries in 52 countries plus the U.S. and Canada, shows how recent American humor in many media–from contemporary fiction, stand-up comedy, and television satire to comic strips, graphic novels, and animated cartoons–offers insights into the post-industrial culture created by the information economy. Mark Twain invented the earliest global comic brand for this economy, and contemporary humorists quite literally trade on major hallmarks of his brand: the performed self, the so-called “infantile citizen,” satire of American empire, and humor as a post-industrial commodity. Her earlier books, Garrison Keillor: A Voice of America (1991) and Defining New Yorker Humor (2000), the first scholarly studies of their topics, drew on archival materials at Minnesota Public Radio and the New York Public Library’s Rare Books and Manuscripts Division, respectively, in order to probe relationships between American humor and larger cultural trends such as urbanization, Modernism, the New Woman, and secondary orality. An archive of listserv and professional messages informed “Charting the Codes of Cyberspace: A Rhetoric of Electronic Mail” (2002/1996), which remains the leading theoretical statement on the subject. Journal articles such as “Fossil Feuds: Popular Science and the Rhetoric of Vernacular Humor” (1994) and “‘The Culture Demanded by Modern Life’: The Galaxy and the Popularization of Science in America, 1866-1878” (2002) trace in popular media the tensions arising when scientific advancement challenges American ideological investments in the ordinary citizen.

For her intellectual leadership, Lee has been asked to write the annual review of scholarship for Studies in American Humor, invited to lecture in Europe, Asia, and Australia as well as across the U.S., appointed editor of Explorations in Media Ecology (2001-04) and Studies in American Humor (2013-17), elected president of the American Humor Studies Association and the Research Society for American Periodicals, elected the first Executive Director of the Society for Literature and Science (which she helped to found), and commissioned to contribute to major editorial projects, including The Oxford Mark Twain (1996). She arrived at Ohio University in 1990 after teaching at LaGuardia Community College of the City University of New York, Helsinki University (Finland), Long Island University (Brooklyn, NY), and the Illinois Institute of Technology. In 2015 she was appointed the Fulbright Senior Professor of American Culture in the Netherlands for research and teaching on the theme “American Humor and Matters of Empire” at Leiden University. She established a new scholarly book series, Humor in America, with the Penn State University Press in 2016. Ohio University recognized her with its highest faculty honor, the Kennedy Distinguished Professor Award, in April of 2016.