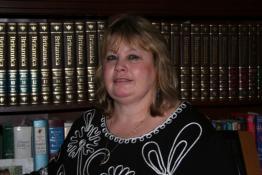 Before coming to OUL, Kaylor worked at Ohio State University in their communication program. She was also an adjunct at Capital University and Ohio Dominican University in their communication programs. At OUL, Pamela Kaylor serves on the Cultural Events Committee and is a faculty representative for two student groups — the Gender Equality Solidarity Society (GESS) and Adults Belong in College (ABC support group). An activist, Kaylor has been instrumental in bringing events to the OUL/OUPC campuses, including Take Back the Night, Celebrate Women, the Clothesline Project, and other gender/culturally focused events. She serves on the review board for the Ohio Communication Journal.

Pamela Kaylor has presented papers and served on panels at numerous conferences and served as an invited speaker for women’s organizations. Her dissertation was an analysis of the rhetorical strategies and biography of a Kentucky Equal Rights Advocate who was later inducted into the Women’s Hall of Fame.

Kaylor has a long history of activism and service to the community. For her service, she was commissioned a Kentucky Colonel, was named an Ambassador of Good Will for the state of Kentucky and the Department of Tourism, awarded the John Houk Memorial Research Grant from Ohio University, the Linda Cochran-Breazeale Fellowship from Murray State University, and was named Outstanding Kentucky Graduate Student and Outstanding Graduate Teaching Associate on different years by the Kentucky Communication Association. She received a Senate Citation from the Kentucky State Senate and an Ambassador Award from the city of Murray.

Kaylor resides in Rushville with her husband, Russell. She has three children and four grandchildren.